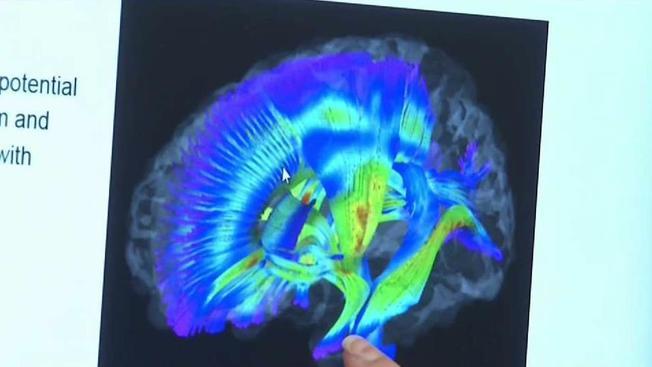 A possible groundbreaking research says there could be a drug that may help children with autism- something that caught the strong interest of researchers and families of children with autism given that there are still no FDA approved treatments for the disorder or its symptoms to this date.

Dr. Robert Naviaux MD, Ph.D., Professor of Genetics at the Departments of Medicine, Pediatrics, and Pathology, and Co-director of the Mitochondrial and Metabolic Disease Center from UC San Diego School of Medicine suspected that the cause of autism might be metabolic dysfunction, where the energy molecule ATP is “outside” cells. He went through researching over two thousand drugs and discovered one that might help deal with autism. He identified that drug as Suramin.

Dr. Naviaux tested one dose in a clinical trial of ten boys. Five of the boys got the drug. Naviaux shared that after the experiments, “Children began to talk sometimes for the first time in sentences in their life.”

Boys who received the said drug had also seen their autism severity scores drop from eight-point-sex to seven, the lowest point on the spectrum. They also showed improvements in social, language and fine motor skills, and also found relief from repetitive motions and fragmented sleep.

As welcome and promising the findings so far, the research is just in its initial stage. Dr. Naviaaux says there will be several phases two trials to determine safety and efficacy for the drug, Suramin. He thinks it will take another three to five years phase before the third phase trial starts.

The CDC estimates one in 68 children in the U.S. is on the autism spectrum.

With just at 4.0 Million LIVE Births a year in the USA, When will we start using Umbilical Stem Cells, which are proven to be 10,000X's safer and move effective than Chemical based medicines.

Sooner or later the Pharmaceutical Industry will be exposed as just "treating" illnesses and not wishing to cure them all for profit reasons.

Because the Pharmaceutical Industry not wanting great application of Stem Cell research, has pumped $$$millions$$$ into Anti-Abortion causes to help fight ANY type of Stem Cell use.