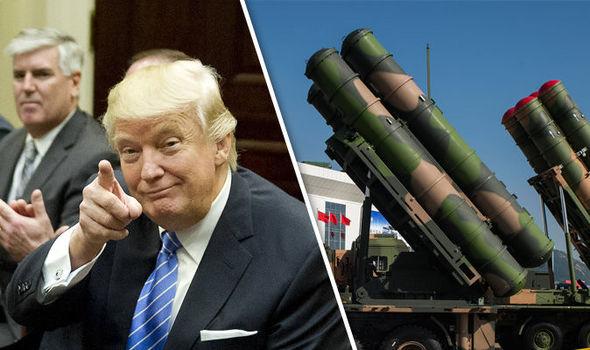 A Trump ordered-strike in the sands of Afghanistan has killed over 50 Taliban military leaders, in an enormous victory that matches the President's promises once again of defeating the Islamic State.

The attack occurred on May 24th and was revealed on Wednesday by the United States of America's Coalition forces near Musa Qala in Helmand province, Afghanistan, according to Lieutenant Colonel Martin O'Donnell.

The strikes reportedly targeted at least 50 top-level leaders from the Taliban who had organized a meeting they thought would further the terrorist plans of the organization, only to send them to meet their maker courtesy of the “Red, White, and Blue.”

Due to heavy strikes the Taliban has seen monumental losses as a result of the Trump Administration’s coordinated efforts and restructuring of Coalition forces in Afghanistan, having reorganized the American Armed forces strategy for Afghanistan along with Italy, Georgia, Turkey, Romania, UK, Australia, Czech Republic, and Poland.

Last year, President Trump pushed for an increase of troops in Afghanistan to finally wipe out the remaining threat of the Taliban and ISIS, and now both Coalition and NATO forces have seen enormous successes as a result.

Lieutenant Colonel Martin O’Donnell said, “It's certainly a noticeable strike that will be felt beyond Helmand Province.”

There's no doubt that the radical Islamic sect heard the message loud and clear, and with the loss of 50 of their command-and-control leadership, they'll be reeling in a frenzy to recover.

Contrary to the claims of the liberal media, the United States Army said earlier this year that progress in Afghanistan has “turned the corner” under the Trump Administration, capturing the momentum and taking control.

Coalition leadership sent a report to Congress, the inspectors general of the Pentagon, the State Department and the US Agency for International Development; where the strike was praised as being a major victory.

On Tuesday, the Pentagon announced that President Donald Trump has now nominated Army Lieutenant General Scott Miller for promotion to four-star rank and assignment as the next commander of US and coalition forces in Afghanistan.

Lieutenant General Miller is currently the Joint Special Operations Command and is a career special forces soldier, bringing both combat and leadership expertise to the position.

The Taliban, of course, has dismissed the claims as being “propaganda,” in what's seemingly an effort to salvage their already defeated morale, continuing to take losses over the last eighteen months.

The current bombing campaign began last November, and since that time has carried out 113 strikes on Taliban revenue sources such as narcotics operations involving the growth and distribution of opium poppy, which is also considered as being a key factor in the American opioid and heroin epidemic.

In January, the Trump Administration alongside the United States Army issued plans to add up to 1,000 troops to the already existing 14,000 boots-on-the-ground, in an effort hailed as part of a broader strategy to bolster Afghan forces in order to pound the Taliban during the spring and summer as per Defense Secretary General James Mattis’ request

“This is a concept that got accelerated for Afghanistan, and it has been quite a process," said General John William Nicholson Jr., who is a United States Army four-star general that has commanded US Forces Afghanistan and the Resolute Support Mission since March 2016, U.S. Army's first-ever Security Force Assistance Brigade to Afghanistan early. "It has been a roller coaster."

This comes amidst a Memorial Day remembrance speech from General Nicholson which was touted as heavily inspiring earlier this week.

The Coalition mission is designed to orchestrate the complete annihilation of the Taliban and ISIS, in a newfound sense of strength that wasn't seen under the Obama regime.

Suicide attacks still occur throughout the region in an act of desperation, one that is difficult to prevent, but the US Army hopes with wiping out this leadership that they can place a strain on future threats.

President Trump has said before that he's going to “knock the hell out of ISIS,” and in this blow to the Taliban, while a separate entity, it's no doubt a message to all of the radical Islamic insurgencies across the world that the United States of America will never stand down in the face of terror.

Good to hear 50 ISIS are liquidated.

But it will not stop the Islamic jihad problem.

Islam creates enough jihadis to get the job done.

Admit reality. Islamic theology is the problem. Then destroy it.