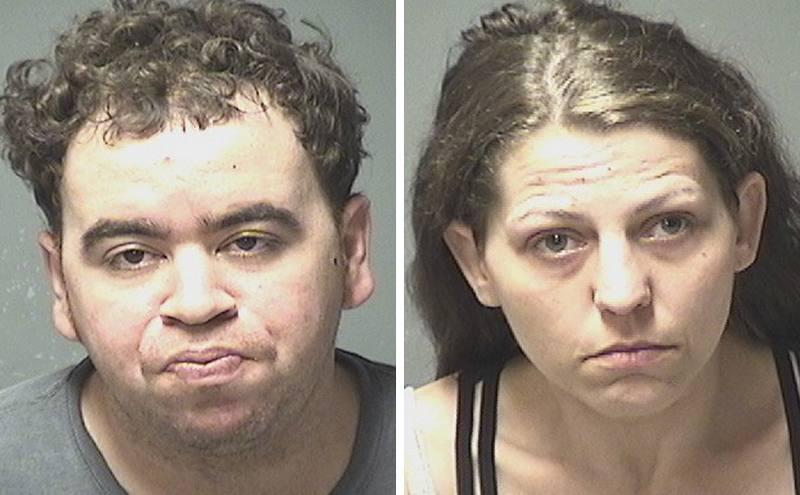 Law enforcement in Manchester, New Hampshire has announced the arrest of two criminals who don't deserve to be labeled as “parents,” after police say that a 20-month-old child overdosed on heroin inside their home.

Last Friday, the couple, 31-year-old Joshua Garvey, and 33-year-old Christen Gelinas brought their twenty-month-old child to the emergency room with “signs of distress,” where the innocent life was later lost at the facility.

As a result of an investigation, Detectives with the Manchester Police Department and the District Attorney obtained a search warrant for the couple’s home, which they executed at their apartment on 473 Hevey Street in Manchester.

Police reports say that once the Detectives went inside the home, they later discovered 28.1 grams of heroin, 11.8 grams of Cocaine, three suboxone strip, and 15.3 grams of crack cocaine inside the residence.

At that time, both Garvey and Gelinas were arrested on charges of felony drug trafficking and possession of narcotics, with an estimated street value of $5,400.

There's yet to be any charges for the death of the toddler, although the District Attorney’s office is awaiting both a toxicology and autopsy report.

The tragic incident is a prime example of the dangers of drug abuse that threaten much of the United States of America as per the opioid and heroin epidemics.

The Hillsborough County Attorney’s office will be prosecuting the case, stating that Gavey is also being charged with violating the conditions of his bail for a previous unrelated charge.

Both are scheduled to appear in Hillsborough County Superior Court-North Wednesday.

Seems any pair of idiots can make a child, but that sure doesn't make them parents. What a sad story and waste of a precious baby.

One would think that a junkie mother would have been positive for heroin during delivery and that alone should have warranted a follow up check on the child's welfare? Seems like a positive test after death triggered an after check, but it came way to late.

Its a TRAGEDY !!!! NEGLECT at its FINEST !!! An INNOCENT taking WAY TOOOOO SOON !!! Its a F×%\[email protected]&€ SHAME they will be able to live their lives WHAT YOU WANT SOBRIETY NOW PIECES OF CRAP AND THIS POOR INNOCENT CHILD bcuz of NEGLECT is gone too SOON. 25 to LIFE withOUT the possibility of RELEASE !!! EVER NEVER !!! SPEND the rest of your breathing days in a CAGE LIKE an ANIMAL that you are. I do understand S*%$# happens BUT NOT LIKE THIS !!!!