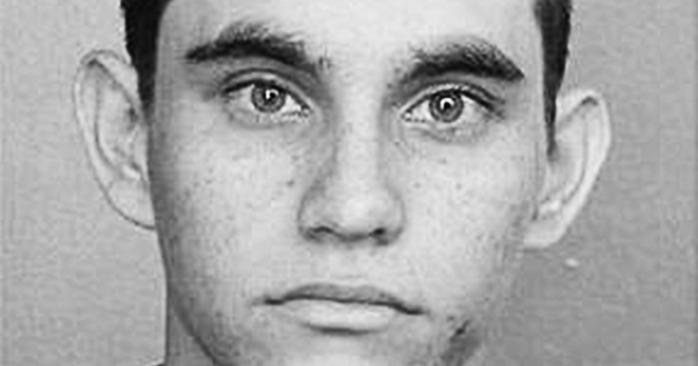 One of the videos shows Cruz staring into the camera, in a matter-of-fact tone, Cruz details his plans to unleash horrific violence.

Prosecutors released the videos Wednesday afternoon as they prepare for a possible death penalty trial.

The videos may offer some insight into what motivated Cruz to commit the horrible shooting.

Cruz, a former Stoneman Douglas student who appears to have planned his attack, expressed anger at his old classmates, saying they thought he was an "idiot and a dumbass" when in fact it was they who had been "brainwashed by these f***ing political government programs." Note- isn’t that an odd thing for a 19-year old to mention in a murder-suicide video, “brainwashed by political government programs? He also calls out the “type” of gun several time…hmmm

"You're all going to die," he continues, making gunshot sounds. "Can't wait."

The videos show Cruz laid out his attack in advance. “Here’s the plan. I’m going to take an Uber in the afternoon before 2:40 p.m.,” he said in one video clip, the camera facing the ground, Cruz sitting on a bench with a bicycle nearby.

“From there, I’ll go to the school campus, walk up the stairs, load my bags and get my AR and shoot people down at the main courtyard and people will die.”

In another clip, Cruz appeared to read pre-written words.

“Today is the day, the day it all begins. The day of my massacre shall begin,” Cruz said. “All the kids in the school will run in fear and hide. From the wrath of my power, they will know who I am.”

In the clip, Cruz says he lives in “seclusion and solitude” and that his life was "nothing and meaningless."

He also professes his devotion to a girl and suggests he didn’t intend to survive.

“My love for you…will never go away,” Cruz says. “I hope to see you in the afterlife.”

We all remember Sheriff Israel, don’t we? Israel was criticized in 2014 after a political action committee, supporting his re-election campaign for sheriff, accepted thousands of dollars in donations from a convicted felon.

The donor, Yoram Izhak, was indicted for allegedly being part of an organized crime ring known as the “Cuban Mafia” that “was allegedly involved in cocaine trafficking, arson, gambling, and murder,.”

The sheriff has also faced corruption accusations: department employees routinely attended campaign events while on the clock for their taxpayer-funded positions.

An investigation the same year found that the sheriff had routinely handed out taxpayer-funded jobs to political supporters. The sheriff’s response at the time: “lions don’t care about the opinions of sheep.”

Israel then faced criticism for his department’s repeated failures to stop Stoneman Douglas school shooter, Nikolas Cruz. The sheriff’s office was repeatedly warned that Cruz was a school shooter in the making, by both his relatives and those close to him, but failed to act to prevent the shooting.

Cruz’s guardian told police that Cruz had “bought tons of ammo,” “used a gun against (people) before” and “put the gun to others’ heads in the past.”

One of Israel’s sheriff’s deputies, Scot Peterson, stood outside the building and refused to confront the shooter, Israel admitted.

Three other Broward County deputies reportedly waited outside while the shooting was going on. Israel did not disclose that fact to the public.

Now we find out that on February 14, 2014, two 17-year-old Marjory Stoneman Douglas students assaulted a 14-year-old baseball player near the high school stadium. They kicked the boy, a police report said, held him to the ground and simulated a sexual assault through the teen's clothing with a baseball bat.

One of the assailants was, none other than, Broward Sheriff Scott Israel's son, Brett Israel, according to the incident report.

When the attack was reported to authorities, Brett Israel and the other 17-year-old, Anthony Broderick, were not arrested. They were suspended from the Parkland high school for three days based on the school's conclusion that they had committed a simple battery, and that the suspension was consistent with the Broward County School District's discipline "matrix."

The victim's parents approved the sanction, saying the suspension was the appropriate punishment and that any law enforcement action would have put their son through unnecessary trauma.

But then Nikolas Cruz took an assault rifle to the school on February 14, 2018, and killed 17 students and educators, wounding 17 others.

The 2014 incident has emerged as copies of the report have circulated among parents and reporters for weeks.

Parents of some of the Feb. 14 victims are understandably upset with the Broward Sheriff's Office's response to the massacre. At least one deputy failed to enter the school even as Cruz shot at mortally wounded teens. Parents are demanding that Israel and his son be held accountable, along with the deputy who wrote up the report of the assault, none other than Scot Peterson, the same deputy who quit in disgrace after it was learned he never went inside the school to confront the shooter.

The sheriff's office is investigating on how the report got leaked. Imagine that…. that sound like what they should be investigating?

Parents of several of Cruz's victims are demanding an investigation into the 2014 battery. Now-retired resource officer Peterson failed to do his job that day, parents told a reporter, just as he had failed four years later, with far more serious consequences.

"Scot Peterson failed to do his job again," Fred Guttenberg, father of slain student Jaime Guttenberg said. "It's just another example of a bad crime and somebody not being held accountable. It's kind of interesting the intersection of the same people."

Brett Israel appears to have allegedly been involved in a sexual assault. Could there have been some huge cover-up?

It may have been Feb. 14, which would have been exactly four years before Cruz entered his former school with a semiautomatic rifle.

The freshman told the school officer, Peterson, that "he was bullied" by Israel and Broderick as he left baseball practice. "He was sitting on the ground near the stadium entrance" when one of the boys started to kick him.

Broderick grabbed the victim's "groin area with his hand" and then "pushed" the 14-year-old's baseball bat against his buttocks., the report said.

The 14-year-old "was fully clothed, and there was no attempt to remove any clothing from [him] during the incident." Israel, the report said, held the victim by his ankles while Broderick wielded the bat.

Note - Why would they bring up that Israel held his ankles while Broderick welded the bat? Why would that part be input without also including additional details?

The police report concluded that the encounter amounted to a simple battery under the school system's disciplinary code, and the two older teens were suspended for three days. "The school district disciplinary matrix requires no law enforcement action," the report added.

The victim's parents "were notified regarding the school disciplinary action," the report said, "and advised they were satisfied" with the result.

The 14-year-old's mother said those statements were true. She said the assailants later apologized, though she said she would have appreciated hearing from the sheriff but didn't.

After the report was read to her over the phone, Broderick's mother disputed that it was accurate. She said it was wrong about who brandished the bat.

"Brett took the bat and started poking him," Claudia Mathis said. "That report was reversed."

Wait, why would she say that? I understand this makes her son look bad but why dispute a report that had been out for four years? Has she ever seen it before?

Mathis was emailed the report and invited to comment further. She did not.

The victim's mother said the roles of the two boys were not reversed.

Who is the victim? How do we know she said that?

After Mathis read an article online, Mathis sent an email saying her statement had been "distorted" and that the BSO report, which she had since reviewed, depicted "exactly what happened." She called the incident a case of "horse playing."

Wow, it was a small statement. Why would you have to read it online to then change your statement? It’s either your son or Israel that held the bat. How hard is that to remember without reading the report? Did someone talk to her?

Stuart Kaplan, a private attorney for Sheriff Israel, said the case was handled appropriately. "There was absolutely not one scintilla of preferential treatment given to Brett Israel," Kaplan said. "What happened in this situation is absolutely consistent with good police work."

"To tar and feather him because some people think his father is not the leader they thought he was is terribly unfair," Kaplan said. "Brett Israel is an innocent party in this as well."

He was 17-years old and assaulted a minor. This isn’t an innocent party.

There continue to be additional details shedding light on this horrible event. Please stay tuned.

Please comment and let me know what you think about the dates of the two separate events and about the sway in the mom’s comment about the report being reversed.