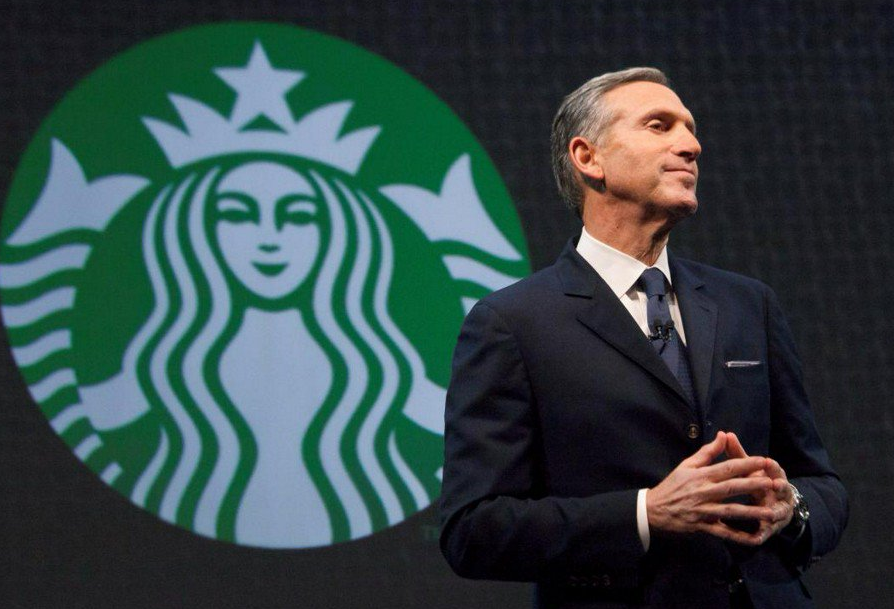 Howard Schultz stepped down as Starbucks chairman after 36 years with the company. By the time he leaves his post as executive chairman, Starbucks counts some 28,000 stores in 77 countries worldwide and has annual sales of some of $22.4 billion. You may not be a fan of the coffee Starbucks sells, but you have to admit that Mr. Schultz revolutionized the coffee business during his time at the helm.

The now 64-year-old started working for Starbucks in 1982 as director of operations and marketing. Ever since 1985, he led the board of directors and was chief executive for much of that period, during which time he oversaw stellar growth.

Given that he was once considered as a potential Vice-President candidate to run alongside Ms. Hillary Clinton during her presidential bid in 2016 (in fact, his name has been mentioned as a potential Democratic candidate for at least the last three presidential cycles), it was logical he would get the same question this time around: are you preparing for public office?

Mr. Schultz responded that: "One of the things I want to do in my next chapter is to figure out if there is a role I can play in giving back. I'm not exactly sure what that means yet."

He also added: "I want to be of service to our country, but that doesn't mean I need to run for public office to accomplish that."

In the coming months, he plans to write a book at first and spend the summer with his family.

Former Arkansas Governor Mike Huckabee was quick to respond to the speculation of Mr. Schultz running for President in 2020 when he said: “The good news of Howard Schultz running in 2020 is you get to use White House restrooms even if you don't pay your taxes! And mandatory sensitivity classes for members of Congress!”