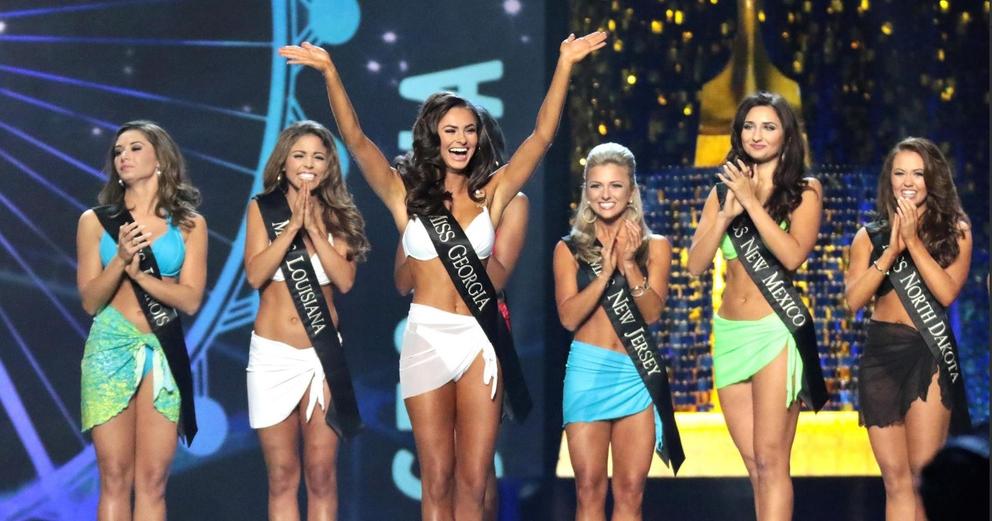 What? Miss America Will No Longer "Judge Women On Physical Appearance"

2018 is the year of virtue signaling, and if you aren't waving your righteousness around like a flag, you aren't doing modern progressivism right. The social justice warriors won't stop until they've ruined every last bastion of American greatness including Star Wars. Now, it seems the seething SJW's have reached the Miss America pageant which has announced it will be removing the swimsuit competition and no longer judging contestants on their physical appearance.

That's right, in the name of equality, there can no longer be competition between women because that is recognizing that not everyone is equal. The same thing will happen to the Miss America pageant that happens to everything else the social justice warriors touch. It will lose fans and viewers because no one is interested until the company is forced to realize they've been hoodwinked and the very people who pressured them to change their ways don't support them. Fox News anchor Gretchen Carlson took over the organization and announced the changes.

Related coverage: <a href="https://thegoldwater.com/news/7960-Is-Being-a-Liberal-a-Requirement-to-Win-Miss-America-Beauty-Pageant">Is Being a Liberal a Requirement to Win Miss America Beauty Pageant?</a>

Carlson released a statement crediting the Me Too movement with overhauling the contest. The ironic thing is Carlson won Miss America in 1989, and she enjoyed a great career off of her looks, but now it suddenly isn't okay for women to be recognized for beauty because nobody wants to look at her anymore. Sorry Mrs. Carlson, you're no Miss America anymore, but you'll soon find out that no one is interested in a beauty contest without the beauty contest.

Now, Miss America is now just another virtue signaling platform for a social justice-feminist elite who didn't have a problem with women capitalizing on their looks when she was benefiting from it. It is always ironic that the most radical feminists are the only ones who benefit from their ideas and not even the majority of women agree with their ideology. Rest in peace to another American past time.