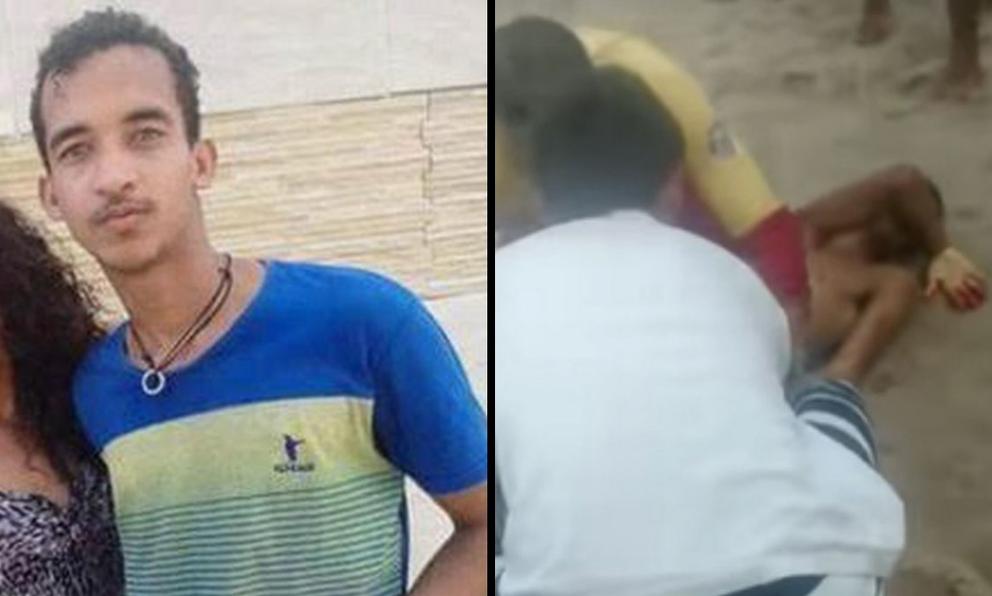 Brazil - Teen Dies After Penis Bitten Off By Tiger Shark

A teenager who was swimming with friends at the beach in Recife, Brazil was attacked by a tiger shark. The teen's penis and femur were "amputated" by the bite in the horrifying attack. Terrified vacationers rushed to the aid of Jose Ernestor da Silva and pulled him from the sea after the attack occurred.

The lifeguards told the swimmers to come closer to the shore moments before the horrifying attack unfolded. Jose was pronounced dead at the Restauracao Hospital after rescuers tried to stem the bleeding but the wound was too great. Footage from the beach shows rescuers carrying the 18-year-old onto Piedade beach and trying to stop the bleeding with garments.

Other bystanders filmed and told the stunned teenager to "breathe" while an ambulance rushed to the scene. During his transport, he reportedly had two heart attacks and ultimately had his leg amputated. The emergency surgery was not enough to save his life after his penis and femur were bitten off by what is believed to be a tiger shark.

A firefighter from Recife’s fire department named Rodrigo Matias said the victim was swimming with his brother and friends in deep waters. The area is clearly marked by over 100 signs that warn of shark attacks. When the lifeguards noticed the boys had drifted too far from shore they called for them to return to the shallow water.

"At the exact moment in which the lifeguards asked for them to come closer to the beach, he was bitten.," Matias said. "The shark bite amputated his femur and his penis. He lost a lot of blood and is in a critical condition." A Restauracao Hospital spokesperson said Jose was rushed into surgery after arriving but later died. Elisangela dos Anjos, 42, is the victim's mother and she said he had gone to the beach against her will.

"He would go in secret because he knew that I thought it was dangerous. I wasn’t worried because I thought he was somewhere around the house," Anjos said. "When I heard about it I went crazy, all the neighbors heard me screaming." It was the second shark attack in two months at the same beach.

If swimmers are in shark-infested waters, there should be a drone footage to at least monitor the water for their presence, which is very effective. Lifeguards were too late. They should have went into hyperdanger mode and pulled the swimmers out. A human life is worth going to a little more trouble to save.

And nothing of value was lost, just another 56% creatura.

And nothing of value was lost, just another 56% creatura.