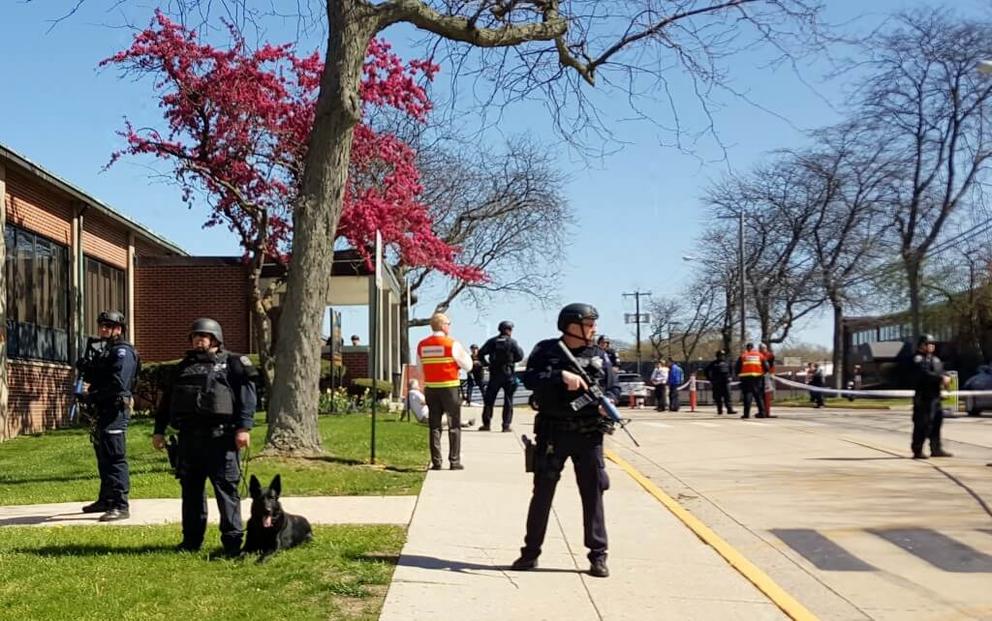 Democrats in New York City are attempting to sidestep federal law by stopping the deportation of an illegal immigrant who was arrested while delivering food to an Army base in Brooklyn, New York. The delivery driver, Pablo Villavicencio of Ecuador, was delivering pizza to U.S. Army Garrison Fort Hamilton when he was arrested and transferred to ICE custody.

The Fort Hamilton Public Affairs Office issued a statement on the matter saying that security officers discovered an active ICE warrant during a routine background check when Villavicencio tried to enter the Army base. The base's policy allows the installation's commanders to take "reasonably necessary and lawful measures to protect installation personnel and property."

Brooklyn Borough President Eric Adams held a news conference outside the base Wednesday and said it was "unimaginable" that Villavicencio went from "delivery to detention." I've got news for you, Mr. Adams, there is nothing "unimaginable" about arresting a criminal who broke the law. Villavicencio's wife, Sandra Chica, also spoke at the news conference saying, "This is cruel that they're going to separate my daughters from him. He was supporting the family. Now I'm going to be by myself, along with two kids."

Villavicencio's wife also said that her husband applied for his green card in February. It amazes me that people take shortcuts to get into America, illegally, and then cry about being a victim when they are caught. The way you enter a new country isn't by sneaking over the border and THEN applying for a green card. The correct way to enter a country is to apply for the green card and when you get permission THEN you enter the country.