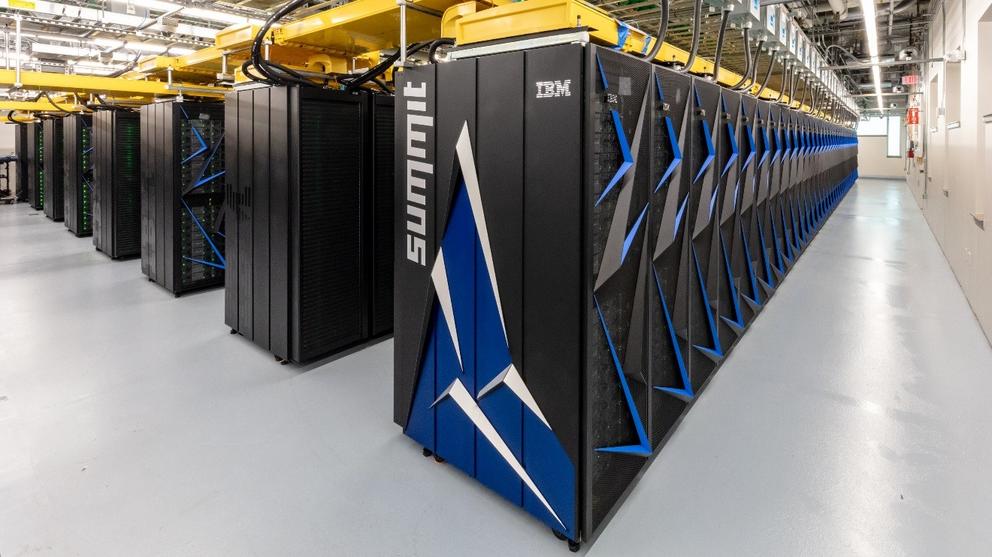 The world's fastest supercomputer is no longer in China, get this, it's actually based in Tennessee. The US Department of Energy's Oak Ridge National Laboratory in Tennessee has a computing power of 200 petaflops. That's 200 million billion calculations per second or about a million times faster than your average laptop rolling off the assembly line for consumer usage. The Tennessee based machine known as the Summit (also known as OCLF-4), outpaces the Chinese supercomputer, the Sunway TaihuLight from Wuxi, by 60%.

Despite the US possessing the fastest supercomputer in the world for now, on a list of the top 500 fastest supercomputers far more are based in China than in the US. Summit was designed specifically for machine learning, neural networks and other AI based applications. Primarily using NVIDIA and IBM chips that are specifically designed for massive number crunching and AI.

The Tennessee based machine is made up of 4,608 servers. The servers and other peripherals take up space the size of two tennis courts and are heavier than a commercial aircraft. In addition to bragging rights, having a machine of this caliber is vital for national security, industry and nuclear weapons development. It's been five years since the US had the world's fastest supercomputer. June of 2013 the Chinese took the lead and have held it up until now.

A US government report last year recommended we invest more in supercomputers to keep up with China on defense projects from hypersonic jets to weapons as well as for numerous commercial applications for discoveries in aerospace, engineering, pharmaceuticals and much more. It takes 4,000 gallons of water per minute to cool the 37,000 processors in the Summit. At peak performance, Oak Ridge says the machine can operate at 200 quadrillion calculations per second (200 followed by fifteen zeroes). The Oak Ridge engineers say they believe the machine broke records when it performed more than a quintillion calculations per second analyzing variations in human genome sequences.