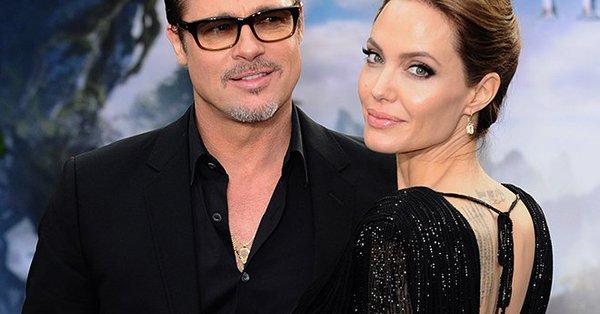 A new report says there’s a chance that Angelina Jolie may lose primary physical custody of her six children with estranged husband, Brad Pitt, and if that happens, she has no one to blame but herself.

A report by entertainment site TMZ says Jolie may get into trouble for restricting her children’s interaction with their dad. It says further that the judge in the couple’s divorce case believes that it is “harmful” to the children if the actress continues to get her way on her children’s and Brad’s time together and how they spend it.

The judge appeared so concerned with Jolie’s “restrictive ways” that a new cell phone policy was even laid down- Pitt will now be able to call and message each child whenever he pleases, without Jolie monitoring the conversations and chats.

The report also gives the details of the new custody schedule for summer for the children of the controversial separated couple. Pitt has been given the permission to see his kids in London for 10 days during the first half of this month. The actor can also hang out with one or two of the children at a time for four hours a day. Late this month, Pitt’s hours with his children can increase to 10 a day. It even gets better in early to mid-July where he can get the children for 4 consecutive days. In late July, they can be with him in L.A. for about a week.

Jolie is currently renting a house in London. A child psychologist will have to be present while Pitt visits his children in London. He also must make arrangements to have the kids see their doctors while in CA. And while the children are spending time with dad, Jolie will be restricted to calling them only once a day.

16-year-old Maddox is exempted as he is already of age to decide on his own how much- or how little- time he wants to spend with Pitt.