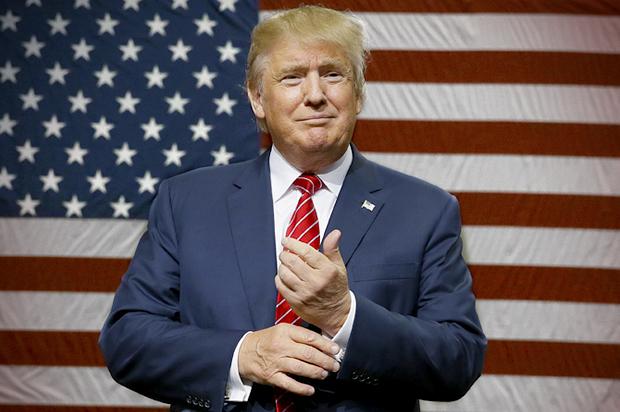 President Trump: I Have the Greatest Supporters in the World

The 45th President of the United States of America went directly to his base on Friday, where he said: "I have the greatest supporters in the world."

President Trump went on national television on Friday to lay down the law to the American people, where he gave praise to the Patriots remaining in the FBI, but called the leadership “the scum on top,” in a fiery rant.

Starting off with a specifically intense segment of the morning appearance on Fox and Friends, President Trump acknowledged his supporters, the Patriots within the FBI, and slammed those at the top responsible for the obvious bias and the inaction against the corrupt agents who were exposed in yesterday's<a href="https://thegoldwater.com/news/28697-Here-s-the-Inspector-General-Report-Read-It-Yourself"> Inspector General’s Report</a>.

“I have the greatest supporters in the world, President Trump said of his base. “They're the smartest, they're the hardest working, they pay taxes.”

“Incredible. They're loyal. I have the bikers, I have the construction workers. I have them all,” President Trump said giving praise to those who support him.

“By the way, I have the FBI. You go into the FBI and take a poll of the real FBI, <i>not the scum on top</i>, not Comey, and that group of people,” President Trump fired at the leadership of the Federal Bureau of Investigation. “They're total thieves.”

Steve Doocy of Fox News interrupted saying, “Well most of those are gone?”

“Well, I don't know how Peter Strzok is still working there,” the 45th President of the United States of America said back to the mainstream media anchor.

“Mr. President this is your FBI,” the arrogant Fox News anchor smirked back.

The President waved off Doocy to silence him. Fox News has become so utterly liberal outside of their prime-time programming that they're more often than not forgetting that <i>they are the mainstream media</i>, and Trump supporters have become increasingly loud over their obvious bias, as has the President.

Below is the full half-hour long appearance of President Trump on Fox and Friends:

“The people in the FBI are incredible,” President Trump said earlier. “I would bet if you took a poll within the FBI, I would win that poll more than anybody who has ever taken a poll.”

The majority of the rest of the Fox Interview was direct, with President Trump being stone-cold truthful, albeit the producers, towards the end, certainly pushed their influence into Doocy’s earpiece to hammer at Trump.

Again, regardless of what Fox News has to say, President Trump is rightfully angry with the actions of the corrupt FBI Agents as per the explosive Inspector General’s Report yesterday.

It's safe to say the American people would agree with the President of the United States of America at this point, having witnessed<a href="https://thegoldwater.com/news/28712-FBI-Agents-Stunning-Anti-Trump-Bias-in-IG-Report-is-a-Travesty-to-Our-Republic"> the FBI go into a viciously biased attack mode </a>against both President Trump and the voters who support him as part of yesterday's highly-anticipated Inspector General’s Report.

The people have watched as an all-out coup is occurring against a sitting President, and they're furious.

Enough is enough in the hearts and minds of the Trump base. The<a href="https://thegoldwater.com/news/28685-Gowdy-FBI-and-DOJ-Failed-to-Investigate-Clinton-Espionage-Act-Violations"> protection granted to elite criminals has to end </a>now, and the witch hunt against President Trump is driving many within the Trump base to prepare to go to war for this Administration, who has done more for the American people than any Presidency in modern-American history.

We stand in solidarity with our President.

Let’s hope President Trump rips the scums’ balls off and nails them to their foreheads. MAGA!!!

Red Pill, you are living proof that all seven people who actually support Donald Trump are some of the least educated, incompetent, and in your case, washed up ugly old dish Rags on planet Earth…

All ,always the same . Nothing but insults from the left. Must suck to be you ?