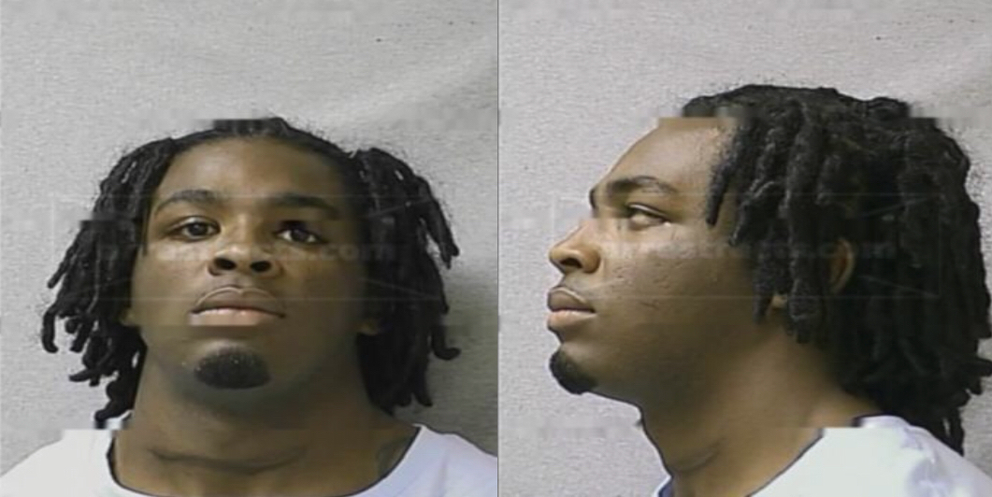 Authorities confirm a second Wyandotte County deputy who was wounded while transporting inmates from the jail to the court services building has died.

Kansas City police stated that at 11:17 a.m. there was a report of shots fired near Seventh Street and Ann Avenue.

Maj. Kelli Bailiff, of the Sheriff's Office, said the deputies appeared to have been overcome by at least one inmate in the parking lot of a gated area at the courthouse.

"When they pulled into the parking lot and ready to transport these inmates, they were overcome. It is very possible that with their own firearm, they were both shot," Bailiff said.

Rohrer had served seven years with the Sheriff's Office and King had served for thirteen years.

Craig Price who was coming out of a nearby building told KMBC's Peggy Breit that he saw the deputies getting ready to transport someone when he heard several pops and saw two people down.

"All of sudden it was like, 'Pow, pow, pow.' It was just quick and the next thing I know here comes a bunch more cops screaming and hollering," Price said.

Police said the suspected shooter was also shot and was reported to be in surgery.

Sources identified the man as Antoine Fielder. Fielder was scheduled to be in court Friday.

Fielder was charged in connection with the Dec. 26th homicide of Rosemarie Harmon in Kansas City, Missouri.

Harmon's body was found near 6th and Spruce after she had been shot on the street. Another man was also shot during that incident.

Fielder was also charged with assault in his shooting, which Jackson County Prosecutor Jean Peters Baker called an "almost murder".

Court documents show surveillance video captured most of that shooting.

Kansas City, Kansas detectives contacted police after a December 2017 carjacking where a handgun was stolen. A suspect was arrested and the stolen gun was found under a seat in the suspect's vehicle.

That gun was found to match casings recovered in the Harmon homicide.

Fielder was released from custody just weeks before that incident in Wyandotte County after a second mistrial in the murder of an Overland Park woman.

"That woman did not have to die. Nobody else had to die. My daughter didn't have to die," Kent Ewonus said after the latest charges were announced.

"Mostly we want Mr. Fielder to know that we are working together, and we are done tolerating any harm or any threats that come to our witnesses," Peters Baker said.

Dupree said he thinks there was intimidation in Fielder's previous trials.

Now Dupree's charged Fielder with felony intimidation of a witness in this latest murder.

"It makes no sense that witnesses have to be afraid or to fear," Dupree said.

Ewonus said he feared the worst when the district attorney’s office dismissed charges against Fielder in September 2017 and let him go free.

"What I told Mark Dupree is that he would go back out and either kill somebody or get killed," Ewonus said.

He doesn’t know if new evidence alleging Fielder confessed to as many as four murders will lead to a new Wyandotte County trial. He is happy prosecutors are vowing to take extra steps to protect witnesses.

"Would I like to see him go to jail for my daughter's murder? Absolutely! But I just want to see him off the streets, so he doesn't do this again," Ewonus said.

Kelsey Ewonus, an Overland Park mother, was found shot to death in a car in Kansas City, Kansas in July 2015.

Fielder had been charged in connection with the death of Ewonus, but jurors could not reach a verdict in two separate trials for the case. Prosecutors then dismissed the murder charge against him on September 29th.

Fielder was released from custody a short time later. Rosemarie Harmon was killed in December.

Fielder is being held in the Jackson County Jail on a $500,000 cash only bond.

Police found Ewonus’s body inside a parked car in Kansas City, Kan., in June of 2015. Ewonus was just 22 years old.

How in the world did he intimidate witnesses? The justice system is so flawed. This is sickening, to say the least.

Shouldn't this scumbag have been in handcuffs? Murdering people and threatening witnesses, you would think they would of had him with his hands handcuffed behind his back and attached to his ankles.

All niggers should be hung.

First thing is we DON’T need anymore ananonymous posts like the disgusting one above, but we do need investigation of what’s going on in this county and putting officers at risk

When will this stop? This is becoming to commonplace in our society.

This is becoming the norm. The justice system needs to be revisited.

This is becoming the norm which is very troubling for our country. The justice system needs to be revisited.

Enough is enough. Mandatory death sentence for the killing of a LEO. This has got to stop!!!!

This scumbag needs to die! He is a total waste of space. In my county in Pennsylvania all persons brought to the courthouse for adjudication are shackled both hand and foot. Hands chained to feet.

What a senseless tragedy! I feel the death sentence should be in effect for anyone who kills a police officer-and not one where they sit on death row for 20 years either!

Just like in Atlanta a few years ago-there are CERTAIN jobs-like transporting much larger and stronger criminal males-that most females just are not well suited for!

The NFL, BLM, Liberals, Socialist-Democrats are all working in support of people like this guy over Police. Yes even Yo-Mama and the MSM was in on this Anti-Police media effort. All are guilty at the least helping incite him and others along.

How about publishing the photos of the Murder Police Officers also. They have been PERMANENTLY separated from their families by that likely Democrat raised POS.

Where are the Liberal Whiners now?