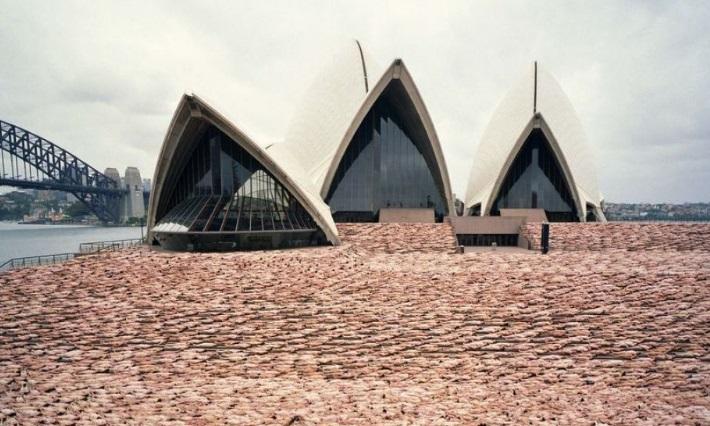 Prestigious American photographer Spencer Tunick’s iconic mass nude photo shoot in Woolsworths in Prahran, Australia will finally push through after the supermarket reversed its earlier decision to refuse the request for such a grand, elaborate, and possibly controversial shoot.

The supermarket turned down the request for the photo shoot in April saying it will inconvenience their customers and disrupt accessibility to the carpark.

But Woolworths has just agreed to let the photographer shoot in the supermarket’s Prahran carpark. The carpark site boasts of panoramic views of Melbourne, which will be used as a backdrop to the nude models. Included in the background are several nearby architectural icons, such as Prahran’s Love and Lewis building, visible from the rooftop.

The change in Woolworths’ decision can be attributed perhaps in no small measure to the campaign Tunick and the public mounted to see the dream shoot turn into reality, substituting the cars that usually crowd the carpark with various models in their glorious birthday suit. The campaign to convince Woolsworth to allow the shoot drew large attention on social media, had an online petition that had even Victorian Premier Daniel Andrews weighing in on the issue.

The shoot is part of Provocare 2018, a festival focused on performing and visual arts to be held on and around Chapel Street.

Woolworths was happy to share the good news. It said in a statement: “"In further discussions with the festival organizers they indicated a willingness to be flexible with dates and times to ensure the shoot could happen without inconveniencing our customers during busy weekend trading. As a result, we're now able to accommodate the request to temporarily clear the rooftop for Spencer Tunick's group shot on a Monday morning during a traditionally slow trading period.”

The supermarket earlier said during the first week of June that the shoot will be scheduled on a Saturday morning and would take place at the "busiest time of the week for shopping in our stores.” Then it said it needed to "ensure customers have convenient access to our store when we are open".

The shoot will now be taken on the morning of Monday, July 9.

Looks like pics from the holocaust. Stupid shit for stupid people with nothing else important to do.

All the veteran cops and journalists will be found upwind.