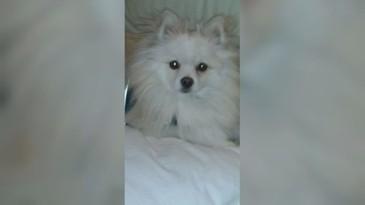 A car was stolen in the driveway in a home in Hall County, Georgia but the even sadder thing for the vehicle owner is that his beloved dog was inside the car when the theft happened. The more shocking thing is the suspect happened to be a naked woman in her 40s or 50s.

The man shed tears for his dog, more than the stolen car. He was also surprised that the culprit had the gall to carry out the crime in broad daylight in their drive way and that it was a woman who did it.

The car owner and dog lover, Matt Sanders, visibly upset said: “It’s Father’s Day. (The dog) is like a son to me. Now he’s gone. I just want him back.”

Sanders said the incident happened around 8:30 Sunday morning outside of his home along Union Place.

Sanders said the alleged thief was a woman who could be in her 40s or 50s and at that time was wearing only a yellow-colored towel.

Sanders narrated how quickly the thief took advantage of a little mistake he committed to steal his car. He said he was just then packing up his 2012 silver Hyundai so he could visit his dad to celebrate Father’s Day with him when he realized he forgot his mobile phone inside.

The dog owner quickly went inside his house to get his phone, leaving his canine friend Bear inside the car with the airconditioner running. When he came back, he was shocked to see a naked person sitting inside his car. He said he then started to panic.

Sanders said: “When I came back out, I go to open the door and it’s locked. I said take the car, I just want my dog. Then she steps on the gas. And you see the tire marks. She starts spinning around here. The car’s around and off down the road.”

Sanders missed the chance to be with his dad on Father’s Day because he and his girlfriend spent the next seven hours then searching the area for their car and shelters hoping to locate Bear.

Events in the past days devastated Sanders. He shared: “I just put my other dog to sleep on Friday, and then this. It’s just been too much. I just want my dog back.”

Deputies are searching the area for any witnesses and possible video of the woman while she’s trying to get away.

Anyone with any useful tips or information about the car, the woman who stole it, and who have found the dog Bear is requested to immediately call the Hall County police.

If they were all upset about the dog? Then let me ask the a Elephant in the room question.

Why did they leave the dog in the car in deadly heat?

Because, GA has 90+ Degree heat / 90%+/- Humidity this week and GA has laws against keeping kids and animals in cars unattended eith with the AC running or not, because so many die each year from the heat in less than 10mins.

Oh no 29016 please read before you pass judgment on the couple, esp the dog owner. It happened in the driveway, AC was on. Owner just left for a few mins to get back to the house to get his phone which he suddenly realized he forgot. Just bad timing. But he seems to really love his dog. Please be more compassionate.

Article says it happened in the driveway, owner was about to leave when he realized he forgot his phone; he ran back to the house to get it. The AC was on with the dog inside the car. Matter of minutes. Just bad timing. Please be more understanding to the dog owner, he's devastated.

Speaking of an elephant in the room, why was this woman nude? Sounds like unusual circumstances to say the least.

Sanders never got the chance to see his father. :(