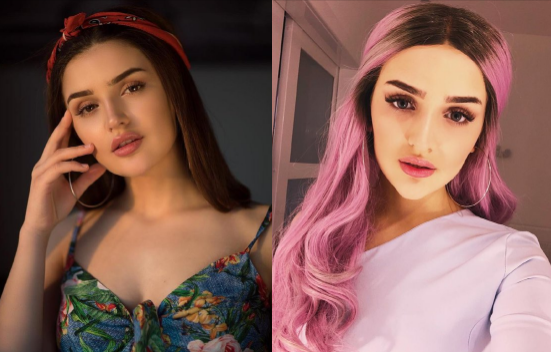 A Moscow-based blogger shared a video on Instagram showing her dancing while wearing a crop top and matching shorts. The outfit was not exactly indecent even as part of her stomach is exposed. It would have been no big deal in today’s modern world, except that woman was a Muslim. Shortly after what sharing what she thought was an innocent post, she was bombarded with death threats. And all because she was a Muslim woman who dared to show some skin.

<blockquote class="twitter-tweet" data-lang="en"><p lang="en" dir="ltr">A Muslim woman has been left fearing for her life after receiving death threats for posting an Instagram video of her dancing in a crop top. <br><br>Madina Basaeva shared the video, in which part of her naked stomach is revealed as she dances, on social media. <br> <a href="https://t.co/YThzl4UFnY">https://t.co/YThzl4UFnY</a> <a href="https://t.co/9BGonYpoFG">pic.twitter.com/9BGonYpoFG</a></p>&mdash; Ashraf Sherjan (@ASJBaloch) <a href="https://twitter.com/ASJBaloch/status/1007905818308694016?ref_src=twsrc%5Etfw">June 16, 2018</a></blockquote>

Madina Basaeva is part of the Tadzhiki Muslim community. Her Instagram account has been flooded with negative and hurtful comments mostly from fundamentalist Muslims who were not pleased with her outfit.

The comments were mostly in Russian. But here are some of the posts with their English translations:

One user, 'umm.ma.96', said: 'Do not forget while chasing fame in this life, you will have to pay for it to Allah in the next one. Your naked belly button will cost you a lot.'

Another online commentator, che_95religion, said: 'Someone kills her already', and the user aminapoi098765 added: 'When will you finally die?!'

Many of the responses Basaeva received are clear threats. It is not yet clear if she is planning to take legal actions for the online threats she has been receiving.

Earlier, Basaeva also expressed frustration at her online haters and bashers saying they don’t like anything she does or poses on her social media accounts.

Would you stop for a moment?!O…man…Haven't you thought-one day- about yourself ?Who has made it?Have you seen a design which hasn't a designer ?!Have you seen a wonderful, delicate work without a worker ?!It's you and the whole universe!..Who has made them all ?!!You know who ?.. It's "ALLAH" ,prise be to him.Just think for a moment.How are you going to be after death ?!Can you believe that this exact system of the universe and all of these great creation will end in nothing…just after death!Have you thought, for a second, How to save your soul from Allah's punishment?!Haven't you thought about what is the right religion?!Read … and think deeply before you answer..It is religion of Islam.It is the religion that Mohammad-peace upon him- the last prophet, had been sent by.It is the religion that the right Bible-, which is not distorted-has, preached.Just have a look at The Bible of (Bernaba).Don't be emotional.Be rational and judge..Just look. listen…compare. and then judge and say your word.We advise you just to read and see

I'd give her my haram pork

but seriously though, these sandniggers need to gtfo out of human civilization back to the desert

What has she done wrong? It wasn't even a lewd dance for crying out loud! Muslim fundamentalists oppress women big time!!!

Maybe she will wake up and realize her faith is one of female persecution and worldwide terror?

Islam is to men what rabies is to dogs.