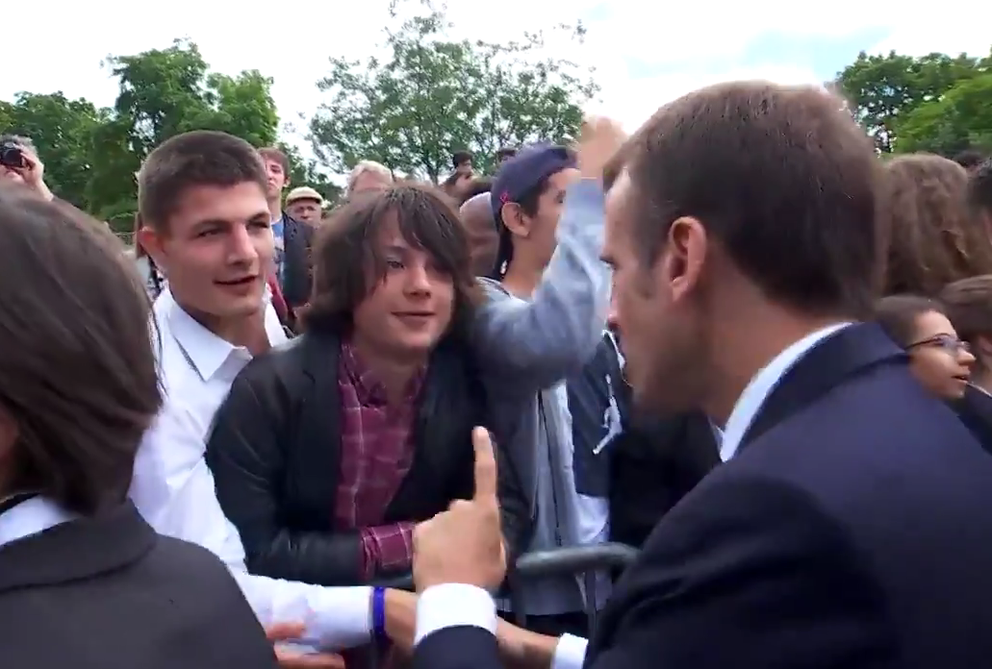 A 16-year-old dressed in leather jacket and lumberjack shirt decided that his ‘moment de gloire’ had arrived when he was at a high school ceremony to honor the French rebellion during the second world war yesterday and the French President, Emmanuel Macron, passed by to shake all the kids’ hands.

Mr. Macron was clearly not amused and immediately retorts: "No. You can't do that. No, no, no, no."

Macron then continues: "You're here, at an official ceremony and you should behave. You can play the fool, but today it's the Marseillaise, the Chant des Partisans” (the French Resistance song of General De Gaulle).

"You need to do things the right way."

"Even if you want to lead a revolution one day, you've first got to earn a diploma and learn how to put food on the table."

President Emmanuel Macron, unlike his predecessor Mr. François Hollande, has no problem engaging with crowds. During the run-up to the 2017 presidential election, he famously told a factory worker who had accused him of being a man in a suit that the "best way to pay for the suit is to get a job."