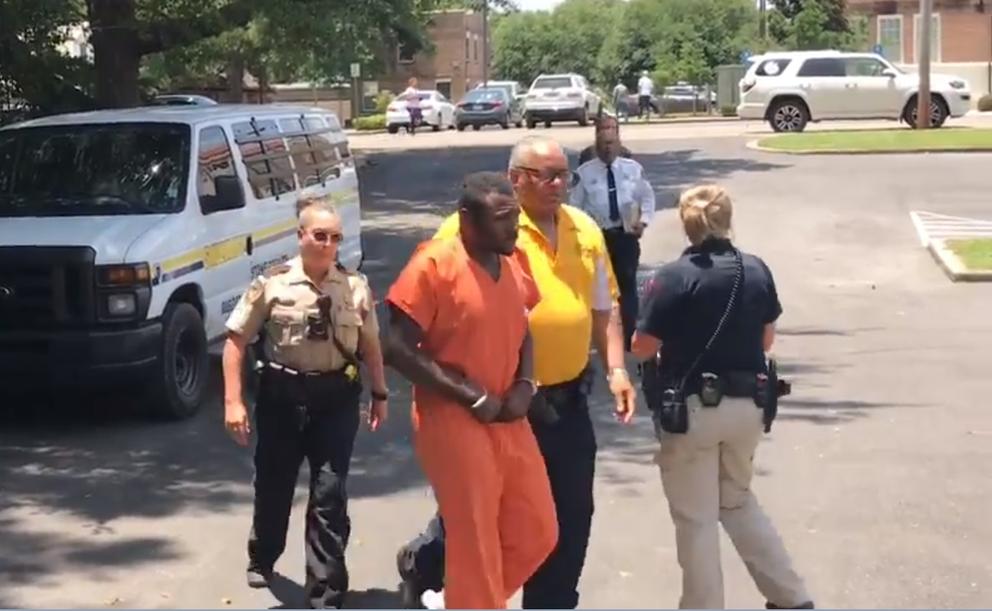 When we think of beheadings, most people think of medieval times or propaganda videos of terrorist groups, but that level of atrocity can take place on U.S. soil as well as one Missouri man proved. A Stone County sheriff's deputy testified at a preliminary hearing Wednesday that Terrelle Johnson confessed to killing his mother the morning before her headless body was found.

Related coverage: <a href="https://thegoldwater.com/news/19749-Terror-Teachers-Tried-To-Create-An-Army-Of-Children-To-Assist-With-Attacks">Terror Teachers Tried To Create An Army Of Children To Assist With Attacks</a>

Justice Court Judge Justin Miles ruled after hearing the testimony of sheriff's Captain Ray Boggs that enough evidence existed to move it forward to a grand jury who will then decide whether Johnson should be charged with first-degree murder. The 29-year-old Johnson sat with his head hung as Boggs took the stand. Johnson was accompanied by his defense attorney Jim Davis.

Boggs personally knew Johnson because of the number of times the sheriff's office was called to the family's brick home on Johnson Road. The home is where the defendant and his 51-year-old mother Sherry Johnson resided. Sherry worked as a guidance counselor at Hattiesburg High School. Boggs testified that he was conducting a "welfare" check at the request of three of Sherry Johnson's siblings who had not heard from her for nearly three weeks.

When Boggs arrived at the Johnson family's residence, he found Terrelle Johnson sitting on the front porch. He insistently told Boggs that his mother was fine and was visiting with a friend and when the deputy asked to look inside he agreed. "When I entered the bedroom," Boggs testified, "I immediately noticed blood everywhere." Sherry Johnson's body was found lying in the backyard with her head laying some 15 feet away from the rest of her body.

In a subsequent interview with investigators, Johnson confessed to killing his mother over an argument over credit cards. He claims that he tried to walk away but the argument escalated into a physical fight. "He told me that he beat her up real bad," Boggs added. " . . . He said it got out of hand." That is when Johnson said he strangled her mother unconscious and then used a butter knife, his hands, and his teeth to remove her head but moved the rest of the body outside to avoid stinking up the home.

Related coverage: <a href="https://thegoldwater.com/news/9636-Gay-Men-In-Chechnya-Are-Being-Tortured-And-Killed-By-Their-Own-Police">Gay Men In Chechnya Are Being Tortured And Killed By Their Own Police</a>

Johnson's attorney Davis said that it is too early to say whether an insanity defense will be the route they take moving forward. Johnson served in the Army but was expelled by the Department of Veterans Affairs after an arrest. "I've handled numerous insanity cases," Davis said. "Trust me, jurors don't like them, so you better have a very strong one." Davis advised Johnson not to say anything before the hearing at the jail or on the way to the courtroom but as he passed the Sun Herald and several local news cameras he shouted, "I done it."

there is no hope for blacks to be educable.

The only time I will support mandatory euthanasia!