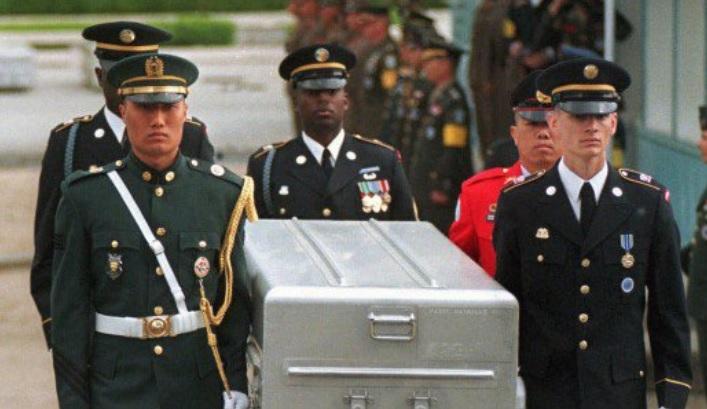 As part of the denuclearization of the Korean peninsula and the deal struck between the United States President Donald Trump and North Korean Leader Kim Jong Un, the president has secured the remains of 200 U.S. and allied service members who died in the Korean War.

The two leaders met at a historical summit earlier this month and made substantial progress in terms of peace between the two countries as well as between the North and the South. President Trump spoke at the Nevada GOP convention in Las Vegas and took pride in the relationship his office has established with North Korea.

"We have a good chemistry together," Trump said. "We have a great chairman, Kim, we have great chemistry." Trump also mentioned that during his 2016 presidential campaign, families of fallen soldiers who died in the Korean War asked him if he could get the remains of their loved ones back.

"As we’re negotiating different points the other day in Singapore, I asked Chairman Kim if we could do that," President Trump said. He reported that Chairman Kim said, "I will do that." Trump said Kim agreed to return the remains of U.S. soldiers and allies during the June summit.

It is how Reagan ended the Cold War and maybe it will work here again for Trump.

So far so good.