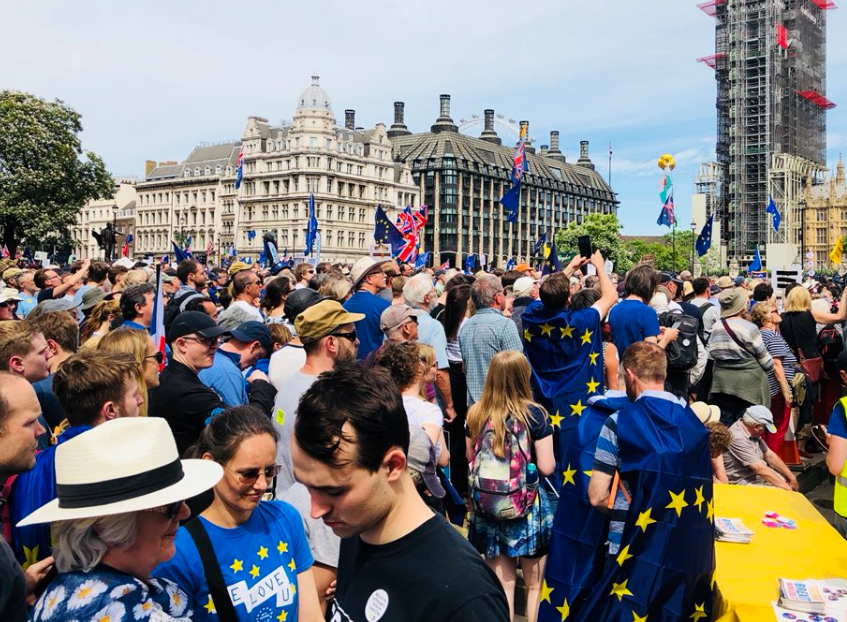 Given the 100,000 people that marched in London yesterday demanding a second referendum on Brexit as well as the various business leaders (Airbus, Siemens and BMW) that had warned the Tory government they would be forced to move to the European mainland should a so-called ‘Hard Brexit’ be chosen and thus take tens of thousands of jobs with them, it was to be expected that the government would be appearing on the Sunday morning shows for some ‘damage control’.

Health Secretary Mr Jeremy Hunt came on the BBC’s Andrew Marr show and claimed that the ‘threats’ by business leaders were nothing short of being "completely inappropriate".

According to Mr Hunt, Brexit negotiations with the EU are at a “critical moment” and therefore it was of the utmost importance that everyone in government speaks with one voice.

Mr Hunt: "It's completely inappropriate for businesses to be making these kinds of threats.”

"We are in an absolutely critical moment in the Brexit discussions and what that means is that we need to get behind Theresa May to deliver the best possible Brexit.”

"The more that we undermine Theresa May the more likely we are to end up with a fudge, which would be an absolute disaster for everyone."

BMW, which has several manufacturing plants in the UK where it makes the Mini and Rolls Royce employs some 8,000 people in the British Islands. The head of their UK operations, Mr Ian Robertson claimed meanwhile that the British government needed to provide them with a roadmap by the end of the summer or else…..

Mr Robertson: "If we don't get clarity in the next couple of months we have to start making those contingency plans… which means making the UK less competitive than it is in a very competitive world right now."

Airbus and Siemens, which also employ near ten thousand people in the UK each, stated they would make a similar assessment.

Seeing the UK is a major financial player in those markets it would be political and economic suicide for those foreign firms to vacate an independent UK. Why, because once out of the EU, the UK can massively reduce company taxes and make the EU uncompetitive. If you are out of the UK you are not a beneficiary of that tax saving. But I say "piss off Krauts", the Brits want you dirty bastards gone anyway!