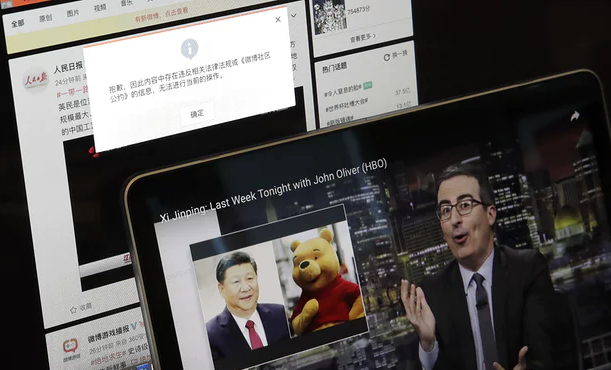 A rumor has been going around for years that Chinese President Xi Jinping, though appearing rather likable and soft in public, is, in fact, a very angry and vain man when it comes to any media attacking his personality.

The fact that the US channel HBO is blocked in China as of this weekend following a ‘Last Week Tonight’ show by US comedian John Oliver during which Mr. Jinping was once again compared to the lovely toy bear Winnie The Pooh, will only fuel the speculation such is true.

The news is rather unfortunate for all of China’s Game of Thrones fans where the series was still ongoing. Users will now have to turn to VPN to see the end.

Mr Oliver, already persona non grata in Thailand for having made fun of the current king who once threw a birthday party for this dog (it is lawfully forbidden to make fun of the royals in Thailand) seems to have made matters worse now that the whole channel is being blocked in what many media companies see as a potentially huge growth opportunity.

During his show, Mr. Oliver had indeed (once again) shown a clip where Mr. Jinping’s face is put next to that of Winnie The Pooh, whilst commenting: “If your face even remotely resembles that of a beloved cartoon character, the smart move here is to lean in.”

“Clamping down on Winnie the Pooh comparisons doesn’t exactly project strength. It suggests a weird insecurity.”

Any searches on Weibo for Mr. Oliver’s show now deliver a “Send failure” or “Content is illegal!” response.