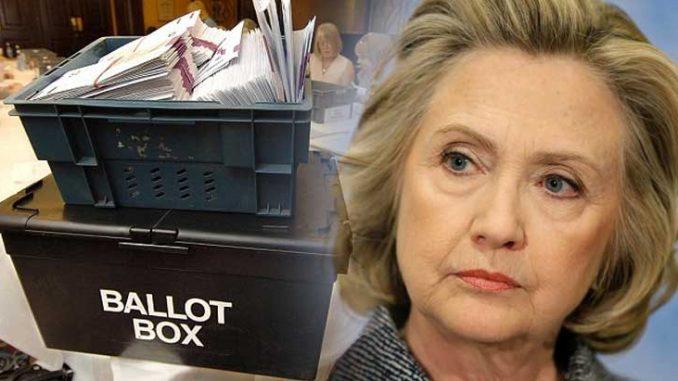 The United States Department of Justice has announced the five-count indictment against a Salvadoran national, who is a federal fugitive illegal alien in Texas, of which the DOJ says engaged in voter fraud and several immigration law violations.

57-year-old Mario Obdulio Orellana was named in a five-count indictment that was returned by a federal grand jury on June 6th of 2018.

United States Attorney Joseph D. Brown of the Eastern District of Texas said that Orellana made his first initial appearance before a United States Court Magistrate, Judge Keith Giblin on June 21st of 2018.

Mario Obdulio Orellana is believed to have entered the United States of America from El Salvador in the early 1980s, where he took residence in Shelby County, Texas.

In 1987, Mario Obdulio Orellana used falsified documents in an effort to obtain a birth certificate to attempt to lie and suggest he was born in the United States of America.

According to the indictments, Mario Obdulio Orellana then used similar falsified documents to apply for both a passport and a Social Security number under the guise he was a United States citizen so that he could vote in the state of Texas.

As per current federal statutes, Mario Obdulio Orellana faces up to ten years imprisonment for his decision to illegally vote and attempt to sway the 2016 election; which is the very definition of foreign meddling in the Democratic elections of our Constitutional Republic.

The maximum sentencing is provided by federal statutes Congress has passed, and in no way is a prediction of what sentencing the Judge in the case will hand down; albeit most Americans would agree this threat to our nation must be eradicated.

The Department of State and the Bureau of Diplomatic Security are both currently investigating this election interference by a foreign national who was illegally present in the United States of America, and all charges will be prosecuted by Assistant United States Attorney Lauren Gaston.

While the mainstream media harps upon alleged “Russian” meddling in our nation's elections, it bears the question as per why they're not concerned with the known and factual threats to the integrity of our electoral process from illegal aliens.

Be sure to contact your elected officials as well, and demand that voter ID laws be implemented nationwide to prevent the “Russian” meddling they've seemingly shown concern over, and to guarantee that less illegal aliens are voting in our nation's important political races.

The press release didn't state for certainty which party the now-indicted illegal alien voted for, but that certainly goes without question, when President Trump and our readers want all illegal aliens deported from the nation.

It begs to question just how many illegal aliens are voting across the nation, where presumably three to twelve million illegals are casting votes either using fictitious Social Security numbers or no ID whatsoever in some areas.

This has to change. Demand voter ID laws now!

Short and to the Point at hand.

Illegal's need to see the error of their ways.

A prison Poster Child is a good way to show them.

Now place them on notice that anyone caught henceforth falsifying, and Stealing US Citizen ID's, SSN's and anyone caught illegally voting in federal elections will be charged with a Felony Civil Rights violation and Class A Felony for Fraud.

When my grandfather was alive, he would always vote Republican. When he was 70, he died of a heart attack. He's been a Democrat ever since. I guess they have to be if Jesus is a socialist.

Democrats have been doing it forever. Read the biography of LBJ. Master of the Senate. The infamous ballot box 13 victory fraud. I only read two of the three books but that was because that dude should have been the one they were aiming at in Dallas! Sick only begins to describe him.

In recent years the US Corp of Eng's lowered the Savannah River for some type annual dam and waterway checks.

Several Ballot Boxes with locks still on them were found.

The problem is the Board of Elections records showed the boxes returned and the ballots counted.

Turns out those Late Night come from behind votes to win, were possible because of the EXTRA Ballots printed up by the contracted ballot printer, and Democrat Party having a few Extra Ballot boxes.

Also in Augusta, during 2012-14 election a White Poll Watcher was kicked out of a mainly Black Voter Location, because a woman helping others (seniors) vote, "felt" intimidated.