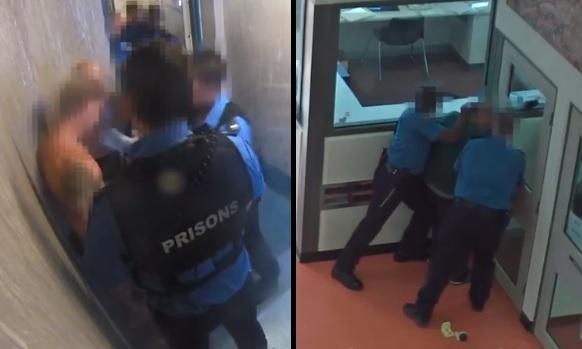 Security footage has sparked an investigation of corruption after videos emerged showing prisoners being aggressively restrained in Western Australia prisons. The investigation has so far found problems with prison officers not reporting instances of use of force, sometimes at the request of superiors. A Corruption and Crime Commission investigation focuses on three in which it alleges unreasonable force was used. Video of the three incidents <a href="https://www.perthnow.com.au/news/wa/disturbing-video-of-wa-prison-officers-using-excessive-force-on-inmates-ng-b88879684z">can be found here.</a>

The reports are the result of a major investigation by the Corruption and Crime Commission which they released Tuesday. The reports exposed how a handful of officers were involved in smuggling contraband like cash and drugs in and out of the prisons. Fran Logan, the Corrective Services Minister, dismissed the reports arguing the illegal activity was only the result of a "few bad apples". Logan said, "There are several measures underway to improve searching practices, grooming of prison officers and drug use within WA jails, which will be announced in due course."

While officials at the top tiers of the prison industry in Australia are working to assure everything is fine, those with a finger on the pulse of the industry like WA Prison Officers' Union Secretary Andy Smith said the country's prisons are vastly understaffed. "The prison system is currently stretched to bursting point in all aspects, which places prison officers under extreme pressure, particularly when they are dealing with some of the state’s most dangerous and difficult people for up to 12 hours a day," Smith said.

The message here in Australia is don't go to prison if you know whats good for you!