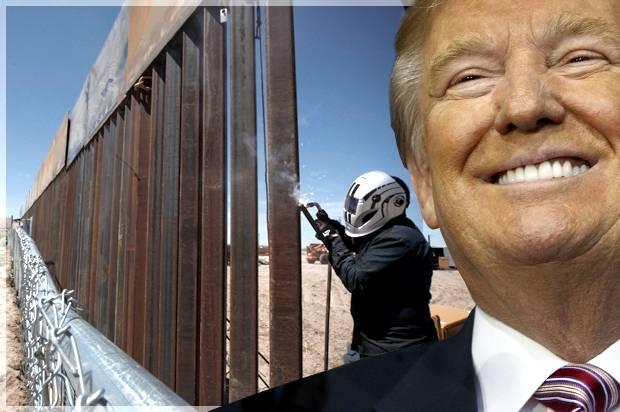 There's a saying in deep-south Alabama, they don't say “I'm about to,” they say “I'm fixin’ to,” and it looks like ‘Bama is “fixin’ to” send 200 Illegal aliens back to their country of origin after the Immigration and Customs Enforcement (ICE) agency performed a major raid through the state to cleanse the region of criminal invaders.

The United States of America's Immigration and Customs Enforcement (ICE) agency swept throughout Birmingham this past week going business-to-business and door-to-door to find the illegal aliens who violate federal immigration laws when they cross into the United States of America illegally, and according to ICE, this is just part of their standard operating procedure.

"These are local officers doing what they do every day," Bryan Cox, Southern Region Communications Director for ICE said on Friday.

On average, the ICE agents in Alabama and a five-state coalition through the South alone are arresting 200-plus illegal aliens a week, according to Cox, and they'd like to see those numbers rise.

Alabama is considered a hot-spot for illegal aliens, especially those from tropical climates in Latin America, due to its year-round warmth and overall job potential on farms and under-the-table labor positions.

As a southerner myself, I can confirm without a shadow of a doubt that entire crews of illegal aliens, hired by a select handful of corrupt American contractors, appear on various construction sites and underbid many American-labor crews for their work.

This heavily affects skilled trades, whether it be brick masonry, carpentry, electricians, ironworkers, steel erection, framers and drywall crews, or even painters and floor-installation teams.

For example, you'll see an eight to twelve-man team of hardworking American ironworkers, all of whom carry expensive certifications to ensure that a steel-base building is both correctly defined and welded; who have to challenge a team of 30 illegal aliens who are working for half their hourly wages or less, and underbid the total cost of a job making them more likely to be hired.

Skilled trades such as these require inspectors to double check the work performed of a specific trade before the next trade can work around them, such as electrical code or welding grades, but the corrupt crews have one licensed or certified member who will be on-site for those inspections in order to bypass the obviously flawed and illicit work.

Many times, the Occupational Safety and Health Administration (OSHA) will randomly appear in job sites and once they've discovered a crew is either comprised of illegal aliens without certifications or outright lacking any training, they'll force the contractors to toss the entire crew off the job site.

This brings in skilled American laborers to finish, at a lesser cost than the initial bid and cuts into the profit margins of their companies trying to earn an honest living.

The only benefit to Labor Union-backed states is that these practices are less frequent, albeit right-to-work states such as Alabama have these problems more often, or at least they did under Barack Obama.

Since President Trump's inauguration, he's restructured the Immigration and Customs Enforcement agency to put <i>America first</i>, and many of these illicit hirings have ended due to crackdowns on those who would employ illegals and the mass deportations and arrests which have occurred in the last 17 months.

Southerners who work in skilled trades are increasingly thankful for this, as well as praising Trump for the roaring economy that causes more building to occur locally and assist them with year-round jobs.

I implore any liberal who says Americans don't want to work the jobs illegal aliens <i>steal</i> from Americans to ask a southerner, especially in Alabama.

The recent raids through Birmingham have received high praises from locals, although the Democratic pundits and liberal media outlets refuse to report these facts.

The majority of Alabama’s newspapers and local news stations are corporate owned, backed by radical leftists who choose to ignore Trump's victories on a regular basis.

According to ICE’s Southern Region Communications Director Bryan Cox, ICE is able to track their total arrest numbers per their designated ICE Field Offices throughout the southern states.

Alabama is part of the New Orleans, Louisiana Field Office, which also includes the states of Arkansas, Louisiana, Mississippi and Tennessee. Each Field Office produces their yearly totals from October 1st until September 31st, of which a report will be released later this year.

It's also the policy of the ICE Field Offices to not name specific locations in Birmingham where they make arrests, as to not tip off the illegal aliens to their plan of action which could endanger the lives of these federal agents.

Several alt-left branches of the Democratic Party who spend their time virtue signaling for the non-existent rights of foreign invaders over that of American citizens, including the Hispanic Interest Coalition of Alabama (HICA), and the Alabama Coalition for Immigrant Justice (ACIJ), attempt to track down the ICE arrest locations and provide that information to other illegal aliens.

Earlier this year,<a href="http://www.thegoldwater.com/news/23291-Google-and-Apple-Aid-Hiding-Illegal-Aliens-from-Authorities-with-Smartphone-App"> The Goldwater reported an exclusive about an application for Google and Apple mobile devices being used to tip off illegal aliens </a>as to the movements of ICE and how they can avoid arrests or deportation.

The app is designed by the nation's largest youth-led illegal alien advocacy group known as “United We Dream,” which intends to utilize modern technology to help wanted criminals break the law, and it's being endorsed and allowed for download on the nation's two leading mobile operating system's app stores, Google and Apple.

United We Dream (UWD) proclaims itself as being the largest illegal alien youth-led organization in the nation, with over 400,000 illegal aliens and 44 affiliate organizations in 26 states. UWD claims that it “organizes and advocates for the dignity and fair treatment of immigrant youth and families, regardless of immigration status,” which essentially suggests they're complicit in providing a means of relocating and hiding fugitives from justice.

The outrageous application is called “Notifica,” and it enables criminal illegal aliens to “activate a plan” for the moments before they're coming into contact with either Immigration and Customs Enforcement (ICE) agents or local police departments as well as any situation that could lead to justice being served and them facing arrest.

The disgusting, arguably criminal activity in developing this application should bring about criminal charges for the United We Dream organization as well as the development team behind the application.

Not surprising anyone, the ultra-globalist Google company has allowed the app on their “Play Store,” and Apple offers the same via the “App Store.”

First and foremost, this app’s description chooses to continue referring to federal criminal illegal aliens as “immigrants”. This in and of itself is incorrect.

These are federal fugitives from law enforcement, who are criminals, running from the law. Immigrants would have no reason to be detained because they're choosing to follow federal immigration laws on the books.

How this doesn't make Google or Apple complicit in the crimes of assisting these fugitives from justice is a question that all Americans should demand to be answered.

The potential for abuse with this application is even more dangerous. Wanted criminals, such as murderers, or rapists could also use the benefits of this app to evade law enforcement agencies, risking the lives of every American citizen in the country.

Serena Prammanasudh, Executive Director of Dream Action Oklahoma said, “This app, together with the Know Your Power initiatives, will begin to break the culture of fear in our state. Moreover, it will create a domino effect of community organizing which youth will not only employ to protect themselves, their families and neighbors but also to begin dismantling the systems that target communities of color—which in our state is the new proposed ICE facility in the metro area of Oklahoma City.”

Deportation Defense Director of Dream Action Oklahoma Cynthia Garcia said, “We believe the Notifica app will play a critical role in any interaction with law enforcement, not just immigration officers. This is important in Oklahoma where individuals cannot distinguish between a local traffic stop and an encounter with ICE since they often end up in the same result of detention and deportation.”

They're not only assisting criminal illegal aliens in breaking federal laws, but United We Dream seems to think that it's okay to rub it in the faces of the American people.

This criminal behavior cannot go unpunished, and further displays the threats posed to the American people by both illegal aliens and their criminal behavior, as well as the growing danger to society from “Big Tech” companies like Google and Apple.

This must not go unpunished, and it's imperative that the American people contact their House Representative or Senator in Congress and report these actions being taken by both United We Dream, as well as Google and Apple.

We give praise to ICE agents for their bravery and service, as well as the risk they take to the lives of themselves and their families in bringing a better standard of living for Americans, especially those throughout Alabama with these raids.

Thank you, ICE. We don't want them here. Send them back.

great article….. if the illegal aliens construct buildings like they installed the floor in my home, watch out! imagine if that beast, Hillary had won? wow….

Great Article! The swamps are over flowing in other states as well. There is only one American owned and operated place in this entire County that I can think of. Take a look around folks! Foreigners own at all!

Watching from outside the 'States and so happy to see joe blogs finally waking up to how they have been and are getting screwed. The Don is the man for the job but he has an awful inheritance to deal with and the evil democraps and their MSM puppets keep spreading lies to the idiots in the street like these 'antifa' scum.

Keep fighting and support the law enforcement officers in their difficult job.