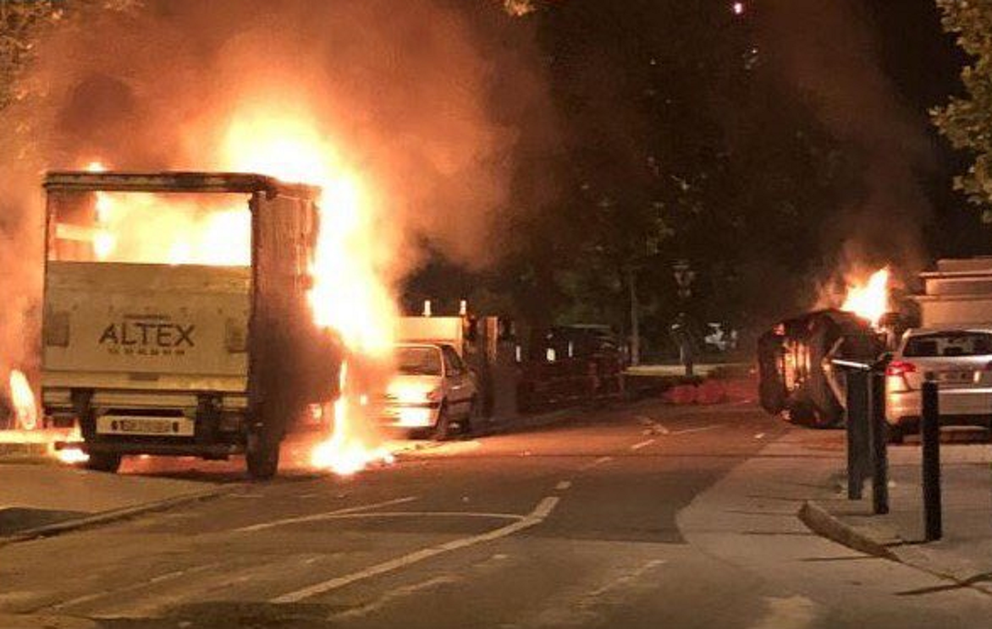 The fourth consecutive night of rioting in the major French city of Nantes means that by now a school, a shopping centre, a library, a petrol station, several shops and hundreds of cars have been burnt, that it is forbidden to buy jerrycans of fuel or fireworks in the city and the surrounding area and that the federal government has decided to send in extra troops. There are fears the unrest will spread to Paris.

It all started earlier this week after the police control of a man wanted for drug-trafficking, identified as Mr Aboubakar Fofana, went wrong. Police, who stopped the man for a traffic check, had initially declared he had refused to comply with orders and then tried to reverse his car into an officer. Another officer then opened fire, hitting the man in the neck after which he died in hospital (see our related coverage).

Mr Fofana was also wanted in Creteil, near Paris, for robbery and other offences.

The police officer who shot him has now declared via his lawyer, Mr Laurent-Franck Lienard, that he wants to change his statement. Mr Lienard declared: "He recognises he made a statement that did not conform with the truth."

Still, the surrounding conditions of the shooting combined with the multiple arrest warrants for Mr Fofana made local government decide to conditionally release the police officer for the time being.

Seeking an end to the ongoing rioting, Prime Minister Edouard Philippe visited the city and promised ‘full transparency’ into the investigation about Mr Fofana’s death but warned that his forces would be making more arrests if peace did not return to the city centre.

The rioting, which has opened the French evening news four nights in a row, is seen as a major test to the presidency of Mr Emmanuel Macron.

Nantes is the sixth largest city in France and has a population of about half a million.