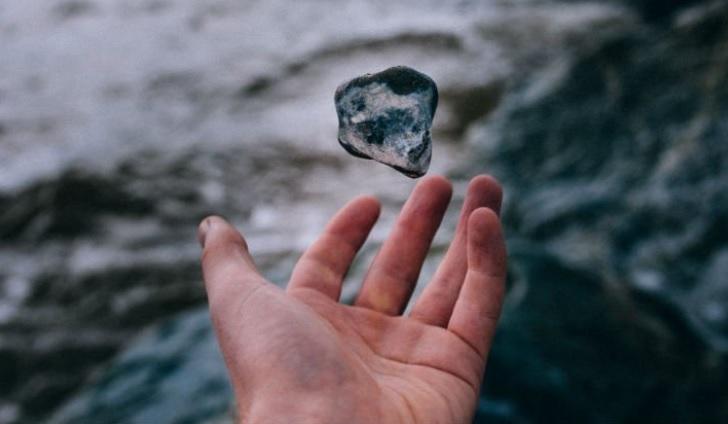 A breakthrough by physicists has achieved a new form of matter known as "liquid light" at room temperature for the first time ever. The discovery allowed this strange form of matter to become more accessible than ever. The new form of matter is both a superfluid, which is a fluid with zero friction and viscosity, also known as a kind of Bose-Einstein condensate which is sometimes referred to as the fifth state of matter. This new matter allows light to actually flow around objects and corners.

On the other hand, regular light behaves like a wave, and occasionally like a particle, but it always travels in a straight line. Because of this, human's eyes can't see around corners or objects but under extreme conditions, the light will begin to act like a liquid and flow around objects. Bose-Einstein condensates are fascinating due to its unique ability to switch from classical to quantum physics meaning that the light goes from particle form to a behaving more like a wave.

The liquid light particles are formed at temperatures close to absolute zero and exist for only nanoseconds at a time. But the latest research shows that making a Bose-Einstein condensate is possible at room temperature using a combination of light and matter. Lead researcher Daniele Sanvitto at the CNR NANOTEC Institute of Nanotechnology in Italy said, "The extraordinary observation in our work is that we have demonstrated that superfluidity can also occur at room-temperature, under ambient conditions, using light-matter particles called polaritons."

It took some major ingenuity and some serious nanoscale engineering to create polaritons. The researchers sandwiched a 130-nanometer=thich layer of organic molecules between two ultra-reflective mirrors. They then blasted it with a 35 femtosecond (a quadrillionth of a second) laser pulse. One of the researchers in the team named Stéphane Kéna-Cohen from École Polytechnique de Montreal in Canada said, "In this way, we can combine the properties of photons - such as their light effective mass and fast velocity - with strong interactions due to the electrons within the molecules."

This makes the flow of polaritons normally be disturbed like waves but not in the case of the superfluid. Kena-Cohen added, "In a superfluid, this turbulence is suppressed around obstacles, causing the flow to continue on its way unaltered." The team further added, "Not only to study fundamental phenomena related to Bose-Einstein condensates, but also to conceive and design future photonic superfluid-based devices where losses are completely suppressed and new unexpected phenomena can be exploited."

Step #2 in Space travel to the Stars