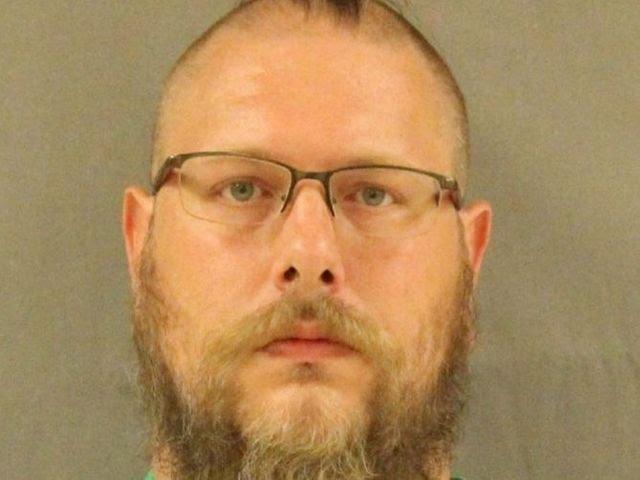 Law enforcement in New York says that a longtime Boy Scouts of America Leader has now been arrested in a shocking case regarding the possession of child pornography.

34-year-old Russell Ruth, of Lyons, in Wayne County, New York; was arrested by authorities after the Yahoo! company made a report to the National Center for Missing and Exploited Children after someone uploaded five images of prepubescent children engaged in forced sexual abuse at the hands of adults to one of their servers.

The NCMEC then contacted the Federal Bureau of Investigation, who in cooperation with New York authorities were able to track the submissions to the Yahoo! servers to a single email address affiliated with Russell Ruth, who authorities would discover was an award-winning Boy Scouts of America Leader.

Ruth was employed as a Crafts Director at Camp Babcock-Hovey in Ovid, Seneca County, New York, where he's worked for several years.

Russell Ruth was awarded the Mohawk District Award of Merit in 2015, of which he was honored before the Boy Scouts of America.

Not only was he a distinguished leader, but had access to the children in which were left in his care along with other scout leaders, which leads authorities to question whether he could have potentially preyed upon the minors in his care during that time.

After executing a search warrant on Ruth’s home, law enforcement would discover several hundred child pornographic videos and images of prepubescent young boys on a laptop inside the home, according to Assistant U.S. Attorney Melissa Marangola, who is prosecuting the case.

Russell Ruth was then arrested on the charges of possession of child pornography, and now faces a maximum penalty of 10 years in prison and a $250,000 fine if convicted.

Earlier on Monday Morning, Ruth made an appearance before U.S District Judge Jonathan Feldman for a formal arraignment.

A statement from the Seneca Waterways Council, Boy Scouts of America, reads as follows:

<blockquote>“For the last several weeks we have been participating with multiple law enforcement agencies regarding the investigation into Russell Ruth.”</blockquote>

<blockquote>”This individual’s behavior is abhorrent and runs counter to everything for which the Boy Scouts of America stands. Upon learning of the investigation, we took immediate action to remove this individual and prohibit him from any future participation in our programs.”</blockquote>

<blockquote>”At this point, we have been advised by law enforcement, there is no evidence of any improprieties happening anywhere within Camp or any Scouting program.”</blockquote>

<blockquote>”Nothing is more important than the safety of our youth members. We seek to prevent child abuse through comprehensive policies and procedures to serve as barriers to abuse. These include a thorough screening process for adult leaders and staff, criminal background checks, requiring two or more adult leaders be present with youth at all times during Scouting activities, the prompt mandatory reporting of any allegation or suspicion of abuse and advocating on behalf of victims when abuse is identified.”</blockquote>

<blockquote>”Anyone with any information on potential abuse should contact authorities to ensure the safety of our youth, in and out of Scouting.”</blockquote>

The Seneca Waterways Council oversees the activities of more than 11,000 children within the Boy Scouts of America, in Ontario, Wayne, Seneca, Yates, and Monroe counties.

Prosecutors say that Russell Ruth will be held in detention pending a bond hearing on July 11th before U.S. District Judge Feldman.

According to court documents, Ruth was interrogated by State Police in which he told investigators that he had several hundred child pornography files on his laptop computer, describing those children as being “boys with men.”

He went on to tell the investigators that he "always thought there was something wrong with me, it’s almost like an addiction."

Police are still interested in speaking with any parents of children who have been within the distance of Russell Ruth over the years, as for the potential of abuse having possibly occurred, despite a lack of evidence to suggest that such illicit sexual abuse took place.

If you or anyone you know has had any relationship with Ruth over the years, you're urged to contact investigators at the Homeland Security office in Buffalo at (716) 464-5949.

Law enforcement also advised any parents who may have concerns regarding the sexual abuse of children or wishing to seek advice on how to approach their child about these issues to contact the Bivona Child Advocacy Center at 1-585-935-7800.

A very good reason why homosexuals should not be leading a "boy" scout troop. Can anyone be so naive as to believe all that young flesh wouldn't be tempting to such a person? 2 + 2 is still four.

if you had any courage, you'd post with a name…. regardless, look up the nEgro crime statistics. you savages are only 15% of the population but do most of the crime. your neighborhoods are gang infested shit-holes. now go away…

i don't understand how anyone gets pleasure from the abuse of children. -about a year ago- when i first heard of "the dark web" i downloaded the Tor browser and tried to find weird, creepy stuff but there wasn't any so the creeps must have an online group somewhere which should be easy to infiltrate.. how strong their vile compulsion must be to have no compassion or empathy for the child victims and risk hard-time in prison…

some of the creepiest among us like Bush, Cheney and Rummy who did 9/11 are still regarded as upstanding citizens. when will the prosecutors get the balls to go after them?….

One thing that struck my attention is that he commented it that "it's almost like addiction".

It hasn't been stated that he actually harmed any boys. If that's the case, by all means, give him the maximum possible sentence. But if it's just possession of child pornography, wouldn't the best course of action is to give this guy therapy instead of having take up more space in prison?

It's very telling that no one can keep, acquire, or possess evidence of crimes against children. Such a thing would be a key to checking the corruption in our government. Instead, they would rather go after low level people who aren't a threat to the system. It really activates those almonds.

Also, install Coincidence Detector if you haven't already done so.

Pedophilia is understandably a different story because it involves innocent children. What i'm saying is NOT to defend pedophiles, but instead go after those who produce the content, but provide help to those who POSSES the content.

Those who actually HURT children are the ones that should be ass raped to death in prison.

No, no, no pedo, no. The consequences of child abuse are too great (and i suspect you know that).

Please look up Dr. Lyle Rossiter and read either his book or the study he did, if you can find it.

This is a very intriguing post, I was looking for this knowledge. Just so you know I found your web site when I was searching for blogs like mine, so please check out my site sometime and leave me a comment to let me know what you think.
[url=https://www.dknyoutlet.online]dkny outlet online[/url]

I enjoy you because of your whole effort on this site. Betty really likes managing research and its really simple to grasp why. A number of us hear all of the dynamic manner you give both useful and interesting tactics through the blog and as well as strongly encourage contribution from some others about this subject matter plus our favorite girl is actually discovering a lot of things. Have fun with the rest of the new year. You are always carrying out a really good job.
berghaus online https://spectrumtraveltours.com/berghaus/