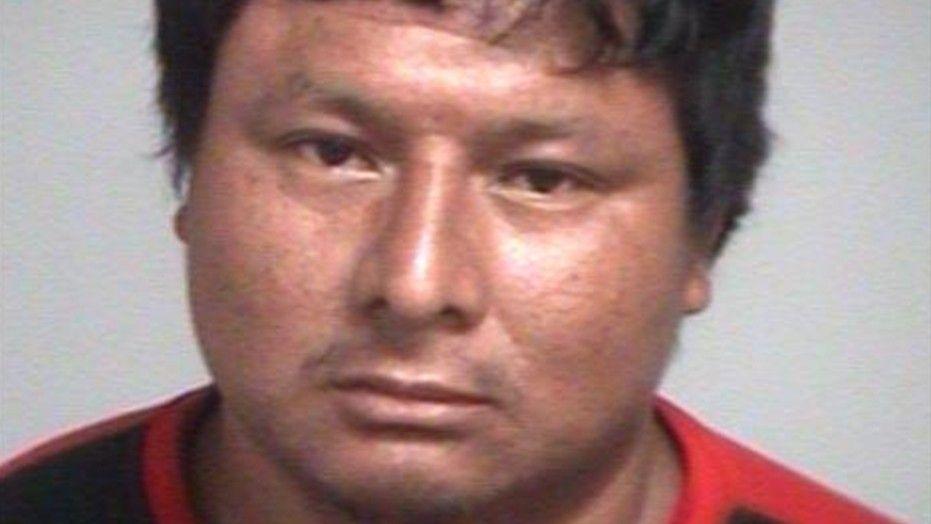 Once again, the 45th President of the United States of America, Donald Trump, has been proven correct after an illegal alien in Mascotte, Florida, just west of Orlando, engaged in a home invasion to rob an American family in order to repay human smugglers.

32-year-old Samuel Hernandez broke into the home on Western Hills Lane in Mascotte, Florida where a family was fast asleep snuggled together under their blankets late on Saturday night, startling them to awaken to being robbed.

“I turned back to see the TV again and that’s when I see the door wide open and I see him coming toward me,” the female victim said, who wants to keep her identity anonymous to protect herself from a backlash.

As she looked up, she sees the overweight, dirty, and terrifying 32-year-old Samuel Hernandez coming towards her with a knife drawn back in a position of attack.

She said as he lunged towards to stab her as she grabbed the knife trying to fight Hernandez back, and began screaming, which startled everyone in the home.

Fortunately for the victim, her husband awakened and jumped from the bed to chase the would-be killer, fighting him back into a hallway.

The female victim says her hands are covered in cuts, and there was blood all over the bedroom from where she grabbed the knife to fight off Hernandez.

As the husband began to fight the attacker into the hallway of the second floor, Hernandez and the male victim tumbled towards the stairwell, where the battle ensued as they fell down the steps.

The family, fortunately, was not alone.

The woman's brother-in-law awakened to the screams and sound of the struggle, and once her husband and the illegal alien landed at the foot of the steps; he was in for a rude awakening at the hands of the man's brother.

“He fell down the stairs and my brother-in-law was right here and started punching him and that’s when he let the knife go and my husband came downstairs and they had him until the cops came,” the woman said to<a href="http://www.fox35orlando.com/news/local-news/illegal-immigrant-breaks-into-home-and-attacks-woman"> local Orlando Fox News affiliate Channel 35</a>.

Had her husband not awakened to her screams, she may be dead right now, judging by the thick appearance of the overburdened illegal alien, who could have overpowered her and left her for dead.

Thankfully, this family was able to tell their story thanks to the quick actions of the female victim, who now has two injured hands because of Hernandez trying to stab her.

“He was talking in Spanish saying that somebody sent him,” the victim said.

Had she not fought off her attacker, he likely would have killed the entire family to accomplish his goals, which police now say was to rob the family in order to pay back human smugglers he owed a debt to.

After law enforcement arrived at the scene, they quickly apprehended Hernandez, who was restrained by the woman's husband and brother-in-law until their arrival.

Keep in mind, this family was well within their rights to <i>stand their ground</i> and open fire on Hernandez but instead opted to call the police. I cannot say I would have done the same.

During interrogations, the Mascotte Police said Hernandez told them he traveled from Guatemala through Mexico into the United States of America illegally, where he met Mexican human smugglers, often referred to as “Coyotaje” (pronounced kī-ˈō-tē), who assisted in his criminal expedition into the United States.

32-year-old Samuel Hernandez told authorities that he was directed to “steal” in order to repay the debt for the travel, according to authorities.

“The traffickers armed him with two knives and told him that if things didn't go as planned, he was to either run out of the house or take someone’s life to ensure he carries out the mission,” a police report stated.

The Goldwater has obtained the records of Hernandez, who is now being held in the Lake County Jail, where the Immigration and Customs Enforcement (ICE) Agency has placed a deportation detainer on him for after he undergoes the judicial process for his felony crimes of attempted murder, home invasion robbery carrying a deadly weapon, aggravated battery using a deadly weapon, as well as facing additional misdemeanor charges for possession of burglary tools.

Hernandez will remain in custody on bond which has been set at $330,000 payable to the courts, unlikely to be made considering he tried to kill the family for a few dollars to repay the human smugglers.

“She watched as the bedroom door slowly opened approximately 10 inches then was suddenly shut,” the police report said. “A few seconds later, the door was pushed wide open as she witnessed an unfamiliar male standing at the doorway, holding a large knife. She screamed loudly as the male charged at her.”

The female victim, her husband, and her brother-in-law are lucky to be alive. Hernandez clearly intended to do whatever it took in order to leave the home with valuables, even if that meant murder an innocent family.

Mascotte Chief of Police Eric Pedersen says that the name Hernandez gave to authorities is false and that the United States Customs and Border Protection Agency could bring additional charges against the would-be killer for the crime it falsifying his identity to law enforcement.

If it turns out Hernandez is a previously deported criminal alien, he could face up to twenty years in a federal prison assuming the Department of Justice brings charges, which has become a hallmark of the Attorney General Jeff Sessions tenure in prosecuting those who return to America after being deported as federal criminals.

The Western Hills neighborhood is an upper-middle-class suburban area, where hard-working Floridians come home from a long day's work in order to relax in peace with their families.

These are good people, everyday Americans, who work hard to give their families a decent life. They've done nothing wrong to have to suffer from such an atrocious crime of home invasion and attempted murder by an illegal alien criminal tied to human smugglers.

Neighborhood Scout ranks Mascotte as one of the safest cities in Florida, <i>where this type of crime simply doesn't happen</i>, again showcasing that illegal aliens have zero respect for law or order and can terrorize Americans at every crevice of the nation, regardless of where you feel safest.

It just doesn't make sense that Americans have to suffer or endure this type of attack, which could have very easily become a trading triple murder because the Democratic Party supports flooding our nation with lawless animals such as this dangerous illegal alien.

President Trump has consistently been proven correct, with heinous crimes committed by illegal aliens in America, of which we continue to report at The Goldwater, showcasing the honesty and integrity of the Trump Administration.

It's often deemed as “politically incorrect” to highlight the crimes of illegal aliens, but it's crystal clear that President Trump is beyond accurate in his depiction of the suffering Americans have to endure as a result of illegal immigration.

The Trump Administration’s “hard” stance against illegal aliens is needed, and it keeps Americans safe.

If you or your friends would like to demand that Congress finances the President of the United States of America's proposed border wall, you can get involved by contacting your elected officials.

Tell them that “We The People” voted for a border wall, and they need to get to work on drafting the legislation to respect the will of the people who voted for President Trump and his policies.

This family, by the grace of God himself, is alive to tell their story.

Many other Americans are not here today because of their heinous murder at the hands of illegal aliens, and we must ensure, as a nation, that no American has to suffer again.

It’s hard not to wonder if they pre-plan these attacks and specifically target unarmed homes. Wise up people! Utilize your 2nd Anendment right and become armed or be the next target.