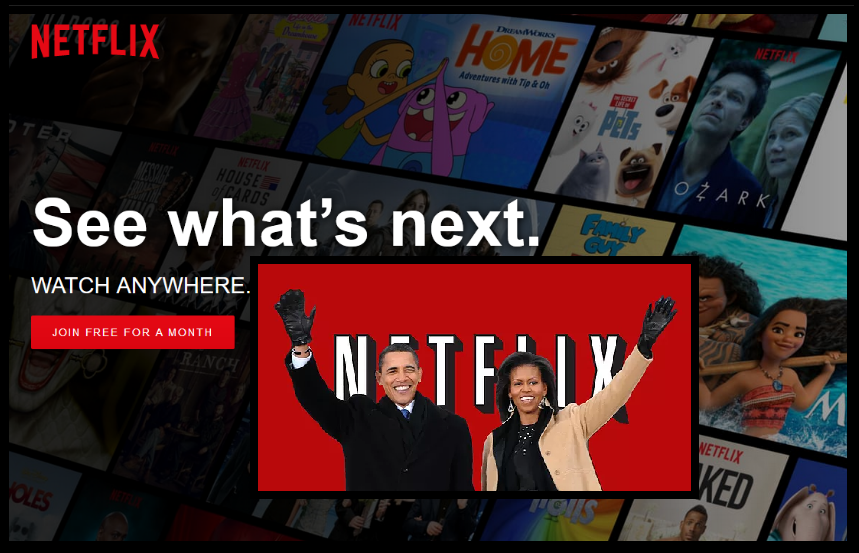 Whilst the market was left to wonder why the forecasted subscriber growth of tech darling Netflix seriously missed the mark, many on social media were quick to point out the obvious error.

Netflix shares plunged 14% in after-hours trading after the streaming giant admitted that new subscriber growth stalled in the second quarter, resulting in billions of dollars in missed revenue.

Even though the exact cause of the lower subscriber number will be an item that marketing departments over at Netflix are already busily writing reports about in order to explain it to their bosses, conservative voices on social media were quick to link it to some of the items in the news in the past months.

A number of controversies in the US (still their biggest market) which caused many to assume that Netflix was getting under Democratic party control caused tens of thousands of subscribers to quit (and, in the process, likely discouraged new sign-ups).

First there was the announcement of a partnership with the Obama couple to produce new content for the company, which is on top of the knowledge that Ms Susan Rice, National Security Adviser under the former Democratic President, is already on the board of the streaming service.

For several conservative voices and Trump supporters, this reeked of ‘steering content,’ and a first wave of cancellations came on. Many gladly posted a screenshot of their cancellations online, having fulfilled the box which states reason for leaving with: ‘Obama.’

On top of that, comedienne Michelle Wolf personally trashed White House Press Secretary Sarah Sanders at the Washington Press Correspondent’s Dinner and subsequently refused to apologize even though world media agreed she had gone too far.

Her Netflix show recently featured a “Salute to Abortion” and we will not even repeat what she has been saying about Ivanka Trump, the President’s oldest daughter.

But don’t mind what we think. As said, we’re sure the marketing department over at Netflix will have a very ‘trustworthy’ explanation in the coming days for this target miss.

Tbh featuring stuff that celebrates killing babies is reason enough to not give them shekels.

We cancelled back when nutlicks made the announcement the obummers were joining and made sure to let them know the reason for cancellation. Now just to convince the convincefags into dropping and the check to those liberal loons might bounce.

Then watch anything the filthy rich, pretend socialists that run the MSM, Hollywood and etc.. have to offer LEGALLY FREE. Mind you …. –→Watch only, do not Download ←– to stay legal.

We had Netflix until communists Nazis, homosexual agenda along with a Muslim terrorist (previously known as the 44th president) showed up in force. Netflix? What's that.

Another weasel word for kikes.

Netflix and Hulu are both tech kike companies forcing their degenerate agenda on America and the world.