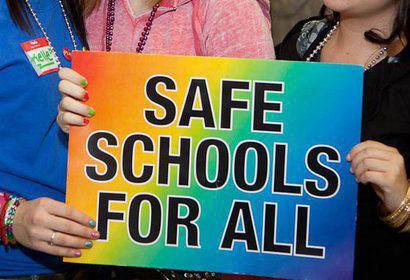 Pedophile Activism, Consent Laws And The

Safe Schools, eh? But safe for whom? If you mean safe for child predators then I would argue we need less safe schools, as is, the movement towards normalizing "pedosexuality" has been advancing on school districts for far too long. Many of you may remember the case of Kevin Jennings, for instance. Jennings was appointed the "safe schools czar" over the United States. Jennings was also an advocate of the Gay, Lesbian, Straight, Education Network (GLSEN) pronounced "glisten." In addition to admitting that he once advised a 15-year-old who confided in him regarding a sexual relationship with an adult man to just "use condoms" there are more troubling factors that came to light. <a href= "http://www.wnd.com/2009/10/111792/">Jennings was an unabashed fan of Harry Hay</a>.

Who is Harry Hay? Well, he's the founder of the North American Man Boy Love Association (NAMBLA), of course. His failure to discourage a young teen from embarking on sexual exploits with a full grown male maybe makes a little more sense when you factor in his admiration for "radical faerie" and unabashed pederast activist Harry Hay. Here's a great quote from Hay:

“I also would like to say at this point that it seems to me that in the gay community the people who should be running interference for NAMBLA are the parents and friends of gays. Because if the parents and friends of gays are truly friends of gays, they would know from their gay kids that the relationship with an older man is precisely what thirteen-, fourteen-, and fifteen-year-old kids need more than anything else in the world. And they would be welcoming this, and welcoming the opportunity for young gay kids to have the kind of experience that they would need.”

Evidently the more… "adventurous" side of gay activism a la Harry Hay didn't disappear from "safe schools" when Jennings left office in the US. Just last month in Australia. Take, for example, <a href="youreteachingourchildrenwhat.org/2018/06/gary-dowsett-asks-why-do-we-need-an-age-of-consent-at-all/">the words of Gary Dowsett</a> just last month:

Why do we need an age of consent at all? Are there diverse kinds of intergenerational sex? And are they always harmful?"

Good Lord, and what does this potentially dangerous pervert do for a living besides trying to "spice up" gay and lesbian liberation by bringing young kids into the picture. Well, that's the really scary part, he's part of the Australian government's "safe schools" program. Ah, but this must be some recent development at least, right? Ah, but sadly no. As far back as 2016, he was being <a href="http://www.dailymail.co.uk/news/article-3494915/George-Christensen-labels-academic-Gary-Dowsett-pedophilia-advocate-controversial-Safe-Schools-anti-bullying-program.html">called a "pedophilia advocate"</a> by MP George Christiansen, according to headlines in the Daily Mail. This doesn't stem from just a couple years ago. Kevin Jennings started working on the radical philosophies he injected into his "safe schools" initiative as far back as the 90's but Professor Gary Dowsett may have him beat by at least a decade.

<a href="https://unsafeschools.org/the-australian-safe-schools-program-la-trobe-university/">The Australian "Safe Schools" program</a> was launched in 2010 while Dowsett was Acting Director but his "activism" dates far further back.. <a href="https://drive.google.com/file/d/0B9zGmvTCoD74RHhiNHVUa3BOc1k/view">In the journal Gay Information, issue 11</a>, published by Sydney's Gay Information Service Dowsett was responsible for an article entitled "Boiled Lolllies And Bandaids: Gay Men and Kids." The article has some prize bits of "wisdom" like the following:

“First, we have three legal/social questions to win: custody rights for gay men and lesbians; the legal right of paedophiles and their young loves; and finally, the sexual rights of children as a whole.”

“And I also have a friend, a paedophile, who is working very hard on making sense out of his relations with boys. Those relations consist of, among other things, a large amount of nurture and support for these boys, a real caring for their welfare and growth.”

“How different then is that gentle, tentative sexuality between parent and child from the love of a paedophile and his/her lover? From all their accounts and from many academic studies (some worse than others), that kind of love, warmth, support and nurture is an important part of the paedophilic relationship.”

“The current paedophilia debate then is crucial to the political processes of the gay movement: paedophiles need our support, and we need to construct the child/adult sex issue on our terms.”

That's right, they aren't child molesters or predators, they're human rights activists. And in fact, a parent who doesn't want one of these folks to have sex with their children is actually not only a bigot, but "abusing" their own children by not allowing them to exercise their sexuality.

I wish I could say that's the end of it, but this story goes far deeper. If you have children in Australian schools, by the way, I recommend homeschooling.

Happiness, is a road, lined with wooden crosses with DemocRATS nailed to them

dowsett and people like him or support him should be exterminated from the planet! They are sick, evil, immoral and just plain disgusting and have no place in decent society. What is wrong with people? To put that kind of filth in any form of government or education or given any say so at all is a abomination! These scumbag filthy freaks are completely against God and all morality and should not be allowed to live around people and especially children!

We should go back to the old punishments and impale all pedophiles! It would stop really fast if we did. These scum rape children, I can think of no lower form of life then someone that preys on children! We need to have the death penalty for this filth!

Another reason the popes campaigning against the death penalty for degenerates....