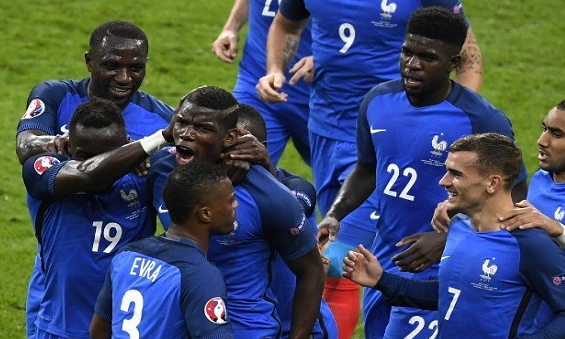 This Sunday in France, a French comedian tweeted about the ‘heritage’ of the French team, where a lot of players originated from African origin, by saying that 80% of the team was not even from the French Republic.

And before the match, former Croatian player Igor Stimac said his country's team were up against "the republic of France and the African continent."

And then on Monday evening, Daily Show host Mr Trevor Noah decided to up the ante even further by claiming that “Africa won the World Cup,” all because of the number of black players in the squad.

He stated, in a clip that has since gone viral: “Africa won the World Cup. I get it, they have to say it's the French team. But look at those guys. You don't get that tan by hanging out in the south of France, my friends.”

<blockquote class="twitter-tweet" data-lang="en"><p lang="en" dir="ltr">Stop it with this &quot;Africa won the world cup for France&quot; non sense.<br>Is it Africa winning when the USA win Gold medals in the Olympics ?<br>Is it Europe winning when South Africa win in Rugby ? And we can go on and on. Cut the BS. We are all french deal with it🇫🇷🇫🇷</p>&mdash; Evan Fournier (@EvanFourmizz) <a href="https://twitter.com/EvanFourmizz/status/1019244015194181633?ref_src=twsrc%5Etfw">July 17, 2018</a></blockquote>

“Basically if you don't understand, France is Africans' backup team. Once Senegal and Nigeria got knocked out, that's who we root for.”

Many French commenters were quick to condemn Mr Noah, who hails from South Africa. French reality TV star Martin Medus said: “You're a f** racist. Those people are French and p* to always be reminded of their background. They fight hard to tell people they are proud French people and yet you disrespect them calling them African. Are the Lakers an African team?”

Others on the internet agreed. Ms Elise Frank: “So basically, Trevor, all the African-Americans in the US are just Africans, right? Know that as a French of Algerian, German and Spanish descent, I find it insulting. We are all French, we are one people. Ask the players, they'll tell you they're proud Frenchmen!”

Another man said: “This is so racist to think that because they are black they are not French. They claimed their love of France. You denied them the right to be French? Is this what you want to deliver to all afro Americans also?”

There were others however who shared Mr Noah’s view, but unfortunately not the ones that you usually would want to stand of the side of US Comedians. Venezuela President Mr Nicolas Maduro said: “The French team seems like the African team, in reality, Africa won, the African immigrants who arrived in France.”

“How much have they despised Africa, and in the football World Cup France won the trophy thanks to African players or the sons of Africans.”

Typical liberal soy boy. Everything is about race.