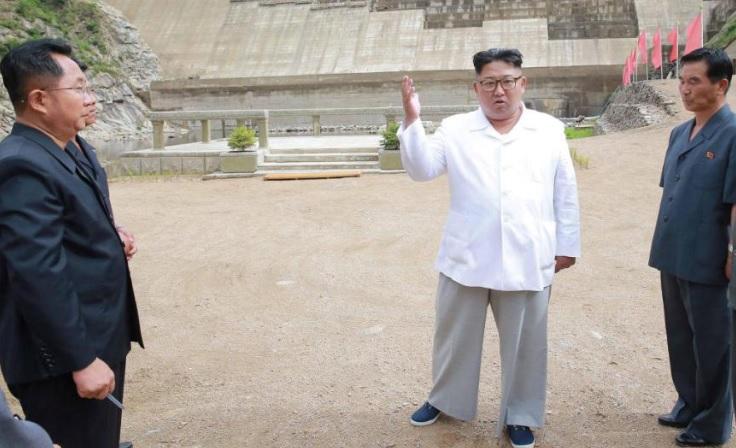 The North Korean media ramped up calls Friday for South Korea to return 12 restaurant workers who defected several years ago. The Northern outlet also said any delay in resolving the matter could have a potentially negative impact on the current talks between the North and South. The twelve North Korean defectors have been working at a restaurant in the eastern Chinese city of Ningbo but immigrated to South Korea in April of 2016.

The group's defection has been causing controversy due to claims that some of the women were tricked into coming to South Korea. Uriminzokkiri, the North's external propaganda website said, "If our female citizens' repatriation issue is not resolved as quickly as possible, it could serve as an obstacle not just to the planned reunions of separated families between the two Koreas but also to the overall inter-Korean relations."

The website says the defectors were coerced into the South and sending them back to North Korea could be a "touchstone" to show the Seoul government's commitment to following through on the April inter-Korean summit agreement. "We will closely watch what action the South Korean government will take," the site continued. Another North Korean propaganda website called Meari also said the women were "kidnapped" and warned that failing to return them could hamper inter-Korean relations.

The controversy over the workers first started in May when a local cable broadcaster aired an interview with a restaurant manager. The manager said he tricked them into defecting and that South Korea's spy agency was involved. The South Korean government insists the woman came there of their own free will and has so far ignored the North's demand for their immediate return.

Your boy Trump signed an agreement to stop U.S. military exercises, while he got nothing concrete from Kim Jong-un. Now Kim is showing his true colors, actually INCREASING his nuclear program, and making demands. Further proof that Trump is a shitty businessman.

Only time will tell what's going to happen regarding the Trump/Russia conspiracy, but when it's all said and done, and the dust has settled, all of you pro-trump idiots are going to look SO stupid.

the hugging is over and now the demands.