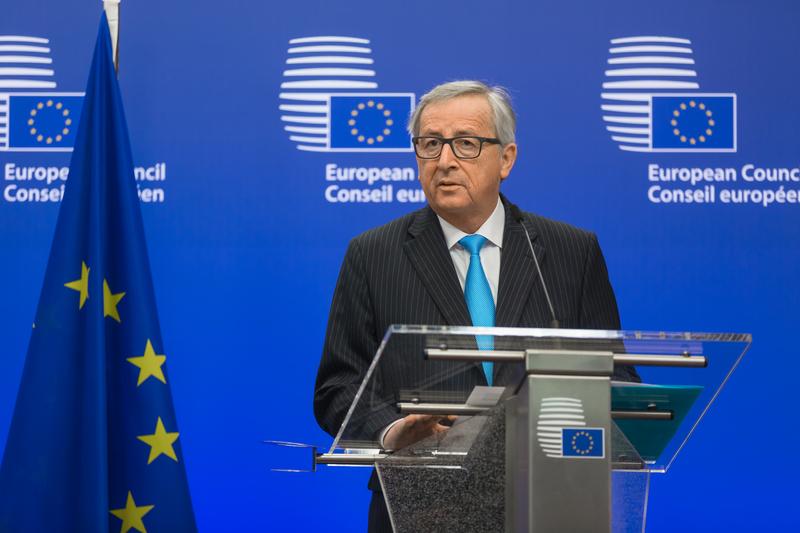 EU – A Moral Superpower Ruled By An Unelected Drunk

The EU has a major problem in the form of the president of its ruling body, the EU Commission, namely former Luxembourg Prime Minister Jean-Claude Juncker, who was pictured at the NATO summit last week having to be helped by aides (and other EU leaders) as it was clear to all he had a little too much to drink.

The official explanation of back pains was laughed away by the gathered European press given that video proof of similar behaviour at another EU Summit in Riga in 2015 shows otherwise.

In recent days, aides admitted that if Mr. Juncker asks for water at a meeting, everyone knows he’s getting gin. The former head of the EU finance group, Dutch Minister Jeroen Dysselbloem, admitted as much on TV this week.

As we live in a time where perception is key, it is, therefore, becoming increasingly hard for the EU to want to instruct the US on free trade or China on Human rights when you are losing the moral high ground as you are ruled by an unelected drunk yourself.

<blockquote class="twitter-tweet" data-lang="en"><p lang="en" dir="ltr">The president of the European Commission, Jean-Claude Juncker. Drunk - 3 episodes. Rīga, Rome, Brussels. <br>People in normal societies who like to drink a lot of alcohol are not allowed to drive cars, but this kind of person runs the European Commission at the highest level of EU. <a href="https://t.co/xuqkhgaaMm">pic.twitter.com/xuqkhgaaMm</a></p>&mdash; Otto Ozols (@OttoOzols) <a href="https://twitter.com/OttoOzols/status/1017504492512776193?ref_src=twsrc%5Etfw">July 12, 2018</a></blockquote>

If this type of behaviour is not dealt with and stopped, the EU will find it increasingly hard to tap Mr. Donald Trump on the fingers for any angry tweeting as they are fully aware he has just the argument to smack Mr. Juncker with. Mr. Trump, though angrily tweeting and commenting, does not drink any alcoholic beverages.

The strong personalities waiting in the wings for their chance at the helm, like EU Council President Donald Tusk and EU Competition Commissions Margrethe Vestager, choose not to comment not wanting to spoil their own chance of future success.

However, for any EU official wanting to laugh this all away as a ‘fait divers’, remember that another group of countries acting like a bloc in the 1990s, known as the USSR, fell at the hands of another unelected drunk known as Mr. Boris Yeltsin, famously filmed conducting an orchestra whilst heavily intoxicated.

Informative and will share. First learned about Yunker from Alex Jones. Also he ,Yunker is a Nazi.

Absolutely true, no one elected Juncker. Merkel and Hollande agreed that is all.

Just to let you know, this post seems a little bit funny from my android phone. Who knows perhaps its just my mobile phone. Great article by the way.
discount nike shox https://thaismatsura.com/nike/