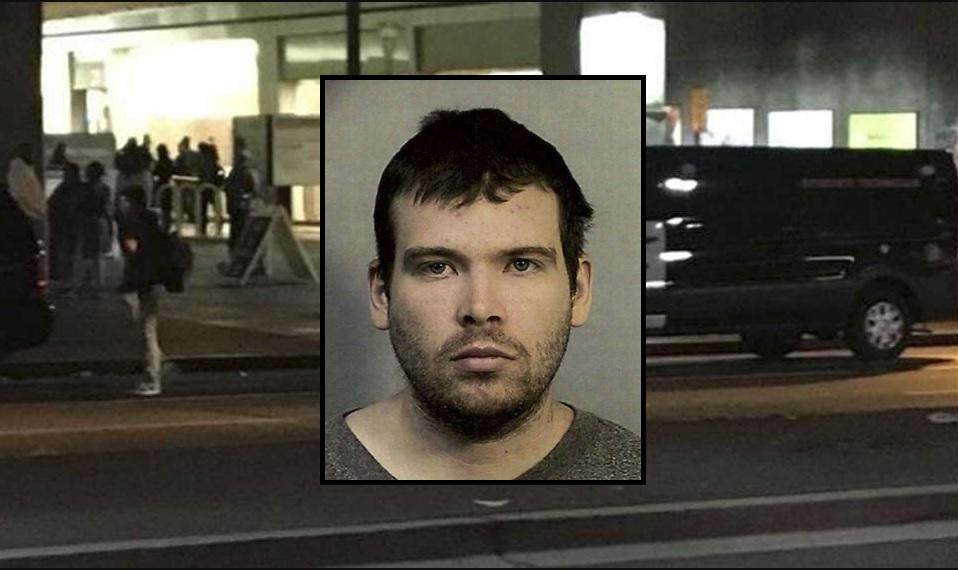 A violent and unprovoked knife attack on an Oakland train left an 18-year-old woman dead and her sister injured. The attack took place Sunday night and thanks to an anonymous tip police arrested the suspect aboard a train about a dozen miles from the scene. Bay Area Rapid Transit Police Chief Carlos Rojas said John Cowell, 27, was taken into custody and is a paroled felon. He had no weapon on him at the time of his arrest and surrendered peacefully.

"This is the first step to achieving justice for Nia and her family," Rojas said. Police have been searching for Cowell since he stabbed and killed 18-year-old Nia Wilson and wounded her sister at the MacArthur BART station. When asked how a wanted man was able to get back into the BART system Rojas said he did not know but that the transportation system is "porous" and stretches across four counties.

Cowell attacked the girls as they got on the platform in what Rojas called "an unprovoked, unwarranted, vicious attack." So far, authorities have no motive for the attack which Rojas referred to as a "prison-style attack" that left Nia stabbed twice in the neck. Cowell has no known associations with any white supremacist groups but said that "we are going to explore all options and all possibilities." Both victims were black so of course, the line of questions go straight to "white supremacy".

Cowell has a long history of arrests that include assault with a deadly weapon when he pulled a knife and a fake gun on a store clerk who tried to stop him from stealing. He was released from state prison on May 6 after completing a sentence for second-degree robbery, according to Vicky Waters, spokeswoman for the California Department of Corrections and Rehabilitation. The victim's sister, Letifah Wilson, 26, said they were "blindsided by a maniac".

"I looked back and he was wiping off his knife and stood at the stairs and just looked. From then on, I was caring for my sister," Wilson said. Surveillance video shows Cowell fleeing from the station and discarding his clothes in a parking lot. The murder weapon was recovered by detectives at a nearby construction site. The death was the third in the last five days on the BART line. A homeless man was punched and died when he hit his head on the pavement Sunday and another man was attacked and ultimately died from an infected cut he sustained during the attack.

Ban trains and sharp objects. Think about that law for a second. It will hereby be unlawful to cause an object to become sharp, pointed, or otherwise dangerous. Any angle more acute than 91 degrees is unlawful and will be prosecuted to the fullest extent of the law. Trains are like high speed heavy sharp objects bundled together that appear smooth to the casual observer. Ban them all!!! j/k =D

the man is a disgrace to my race.

This guy seems like the typical 8chan user, incapable of getting laid, (by a female) angry, resentful, shifting blame for his own inadequacies, and too afraid to confront another man, so he attacks TWO GIRLS.