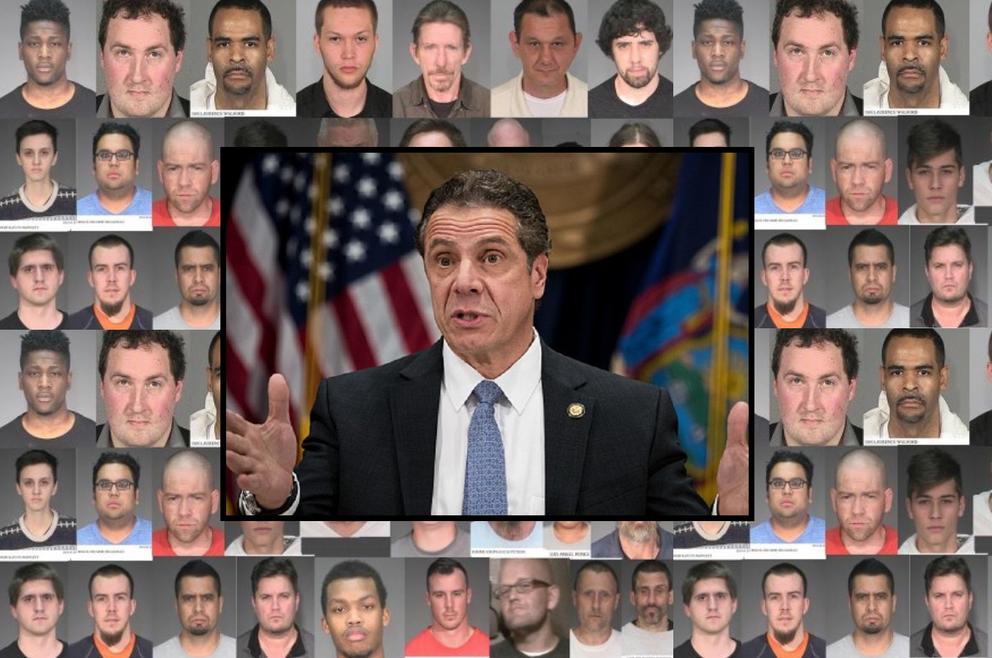 Cuomo Pardons "Voodoo Rapist," 76 Other Predators... So They Can Vote?

77 predators, so evil the state considered them to be a threat to society after their release, have been pardoned by Democrat New York Governor Andrew Cuomo. Among the 77 convicted pedophiles and rapists is the infamous "Voodoo Rapist." The new policy granted conditional pardons giving the convicted felons the right to vote in hopes they vote Democrat.

Related coverage: <a href="https://thegoldwater.com/news/17384-Cuomo-I-Love-NY-Signs-To-Be-Replaced">Cuomo: ‘I Love NY’ Signs To Be Replaced</a>

Also among the vile litany of criminals is the convicted cop killer Herman Bell and 61-year-old child rapist Hector Aviles, the "Voodoo Rapist." Some of the criminals granted conditional pardons so they could vote were too dangerous to release so they were "sent to civil confinement in state psychiatric hospitals after their prison time was up." The move is being called an egregious misstep on behalf of Cuomo.

New York Senate Majority Leader John Flanagan said, "This is hands-down the most egregious public policy misstep Andrew Cuomo has made in his eight years as governor, and it shows that he will do virtually anything for a few extra votes. This policy rewards the worst of the worst sexual predators and lowlifes in our society and undermines the integrity of our voting system in every way, shape, and form."

Related coverage: <a href="https://thegoldwater.com/news/21523-NY-Gov-Cuomo-Is-Not-As-Without-Rhythm-As-Some-Of-Our-Jewish-Brothers-And-Sisters">NY Gov Cuomo Is “Not As Without Rhythm As Some Of Our Jewish Brothers And Sisters”</a>

New York GOP congressional candidate Dr. Jim Maxwell called out Cuomo on social media saying Democrats "wills top at nothing to maintain their grip on power." Maxwell wrote on Facebook, "Governor Cuomo pardoned at least 77 sexual predators just so they could go out and vote for him. A good chunk of the newly-pardoned predators were deemed unfit to return to society, so they’ve been kept in psychiatric hospitals since their release so they can’t go out and hurt anyone else."

A Cuomo spokesman named Richard Azzopardi said, "The order was straightforward and put New York on par with Washington, D.C., and 18 other states — including such liberal bastions as Utah." Azzopardi noted that the pardon only applied to their voting rights and all other conditions of parole or release are still in place. "It’s unfortunate that some are using the issue of restoring voting rights to fearmonger."

The worst case of Abuse of Power that I have ever heard of. And people wonder why the people who vote these slimeballs into office, are looked upon as being totally brainwashed and/or insane…