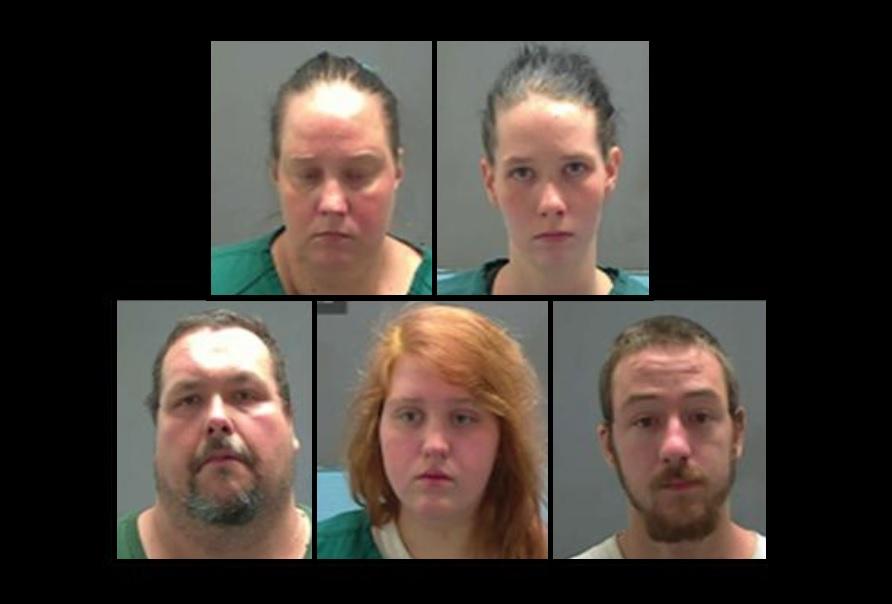 Most would consider cruelty against children one of the worst crimes imaginable, but what about cruelty to a mentally challenged individual? Five Louisiana residents are now facing federal charges after locking an autistic woman in a cage and torturing her. Thanks to a federal grand jury indictment, Terry Knope, 45, Bridget Lambert, 21, Taylor Knope, 18, Raylaine Knope, 42 and Jody Lambert, 23, are all facing felony charges.

According to the indictment made public Thursday, the victim was subjected to a litany of horrific abuse but was only identified by her initials. The five heinous suspects kept the 22-year-old victim locked in a cage outside their Tangipahoa Parish home. When she wasn't locked in the cage, she was forced to do manual labor such as cleaning the bathroom and kitchen but she was also subjected to psychological and physical abuse.

The five suspects would threaten the victim's life if she refused to obey and she was often beaten anyway. She was also burned with a cigarette lighter and had human waste poured on her. The woman's captors also used food to coerce her into doing their bidding. One of the suspects even shot her with a BB gun and another time she vomited after being forced to eat the cremated remains of her mother. Her home consisted of a cage made of chicken wire with a tarp on top. A bucket served as a toilet.

The victim was also denied access to a phone or computer and was drugged with painkillers and methamphetamine. Two of the suspects are husband and wife, Terry Knope, 45, and Raylaine Knope, 42, are both facing sex trafficking charges since prosecutors say the couple planned to force the victim into prostitution. Terry Knope is also charged with a hate crime due to the injuries he inflicted on the victim which were motivated by her disability. He also is charged with stealing over $8,700 from the government which was intended for the victim.

Tangipahoa Sheriff Daniel Edwards said, "The degree of trauma that someone like this goes through is probably indescribable." The victim is now in the custody of the state Department of Health and Hospitals protective services.

Life in prison….they can enjoy their cage.

Now they are going to know what it's like to be forced to live in a cage for a real long time.

Thank g-d she was autistic. Imagine if this had happened to a NORMAL person.

Maybe possible, she'd likely just end up like the baby stomper dude "volunteering" for execution after a few weeks lol.

32627 Are you blind or just that hard up? To many sick evil people in this world now. Jesus was right, it will be like in the days of Noah! This time it won't be water it will be fire! Get right with our Lord because this world is to evil to survive!

You can have her. I want the one on the top right