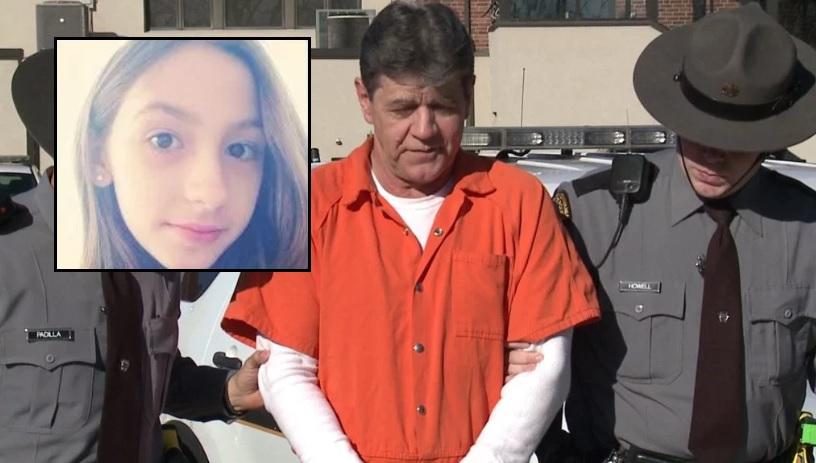 A tragic death started with a simple eviction notice and ended in the death of a 12-year-old girl named Ciara Meyer. It all started when a constable tried to serve eviction papers to her father, Donald Meyer Jr, 60. Meyer had been known to have anti-government views and when Perry County authorities attempted to serve an eviction notice Meyer drew an AR-15 he was cleaning.

Related coverage: <a href="https://thegoldwater.com/news/32271-Pennsylvania-Board-Bill-Cosby-Should-Be-Marked-as-Sexually-Violent-Predator">Pennsylvania - Board: Bill Cosby Should Be Marked as Sexually Violent Predator</a>

The deputy responded by shooting Meyer, but the bullet went through his arm and struck his 12-year-old daughter who moved to stand behind him. Andrew Bender, a defense attorney, blames Meyers for his daughter's death. It is hard to make an accurate judgment without knowing all of the details, but Meyer's attorney argued he thought his home was being invaded and reacted accordingly.

The Meyers blames the constable who fired on him for the death of his daughter. "Parents are supposed to protect their children," Bender said. "Not put them in harm’s way." The property manager Ashley Hill recorded the confrontation with her cellphone from about 20ft away. She testified that the girl stepped up behind her father. "Ciara kept saying, ‘Dad, stop. Dad, stop," Hill told jurors as she dabbed at tears.

Hill also told the court of Meyer's anti-government views and how he "thought everyone was against him." Meyers was convicted by a Lycoming County jury of all counts against him including homicide, two counts of aggravated assault, illegal possession of a firearm, involuntary manslaughter, simple assault, terroristic threats, and recklessly endangering another person.

Meyer is currently in a wheelchair recovering from a stroke and criticized his public defenders. Ciara's uncle Jason Gehman said, "We still talk about her today, every day actually, and this is a good day for her."

Reminder that the Talmud says that the last man to stab a person is the one solely responsible for his death, even if 9 other men also stabbed the person.

THIS IS TALMUDIC LAW. “THE BULLET TOUCHED HIM LAST, THEREFORE IT DOESNT’ MATTER THAT SOMEONE ELSE FIRED IT.”

That is interesting about the Talmud, seriously. Kinda goes to show you how outright stupid some clans of people can be.

Next Question (Said in Only Humor) .

How do we line them up?

Thank God for the New Testament! Of course you have to remember that they will look upon him whom they have pierced and then mourn knowing they were guilty.

Wrongful conviction . The constable alone is responsible for any charges, although he didn't do it deliberately. But the onus was on him, to analyze the situation and hold his fire. Or shoot him somewhere else.

I suppose the judiciary can think on this aspect too.

Just like the Los Angeles police officer that killed (murdered) the innocent woman at Trader Joe's, and they charged the guy they were shooting at (and missed) with aggravated murder. By the way, I want Philip to show me his lifting regimen so I can get big guns, too.

Ah, double-standards again, now if he was black or a women, they'd think twice with the charges, Goes to show, everyone is willing to fuck you over if they have the power.

the prosecutor, judge and jury should be hanged.

I think that Americans need to dig deep.

This enemy (named above) has pretended to be us, made us forget who we are & made us ashamed of our tribe.

They walk among us sewing seeds of destruction under the guise of our brethren.

If we do not stop them we will go extinct - full and total genocide is their goal.

the prosecutor and jury should be hanged.