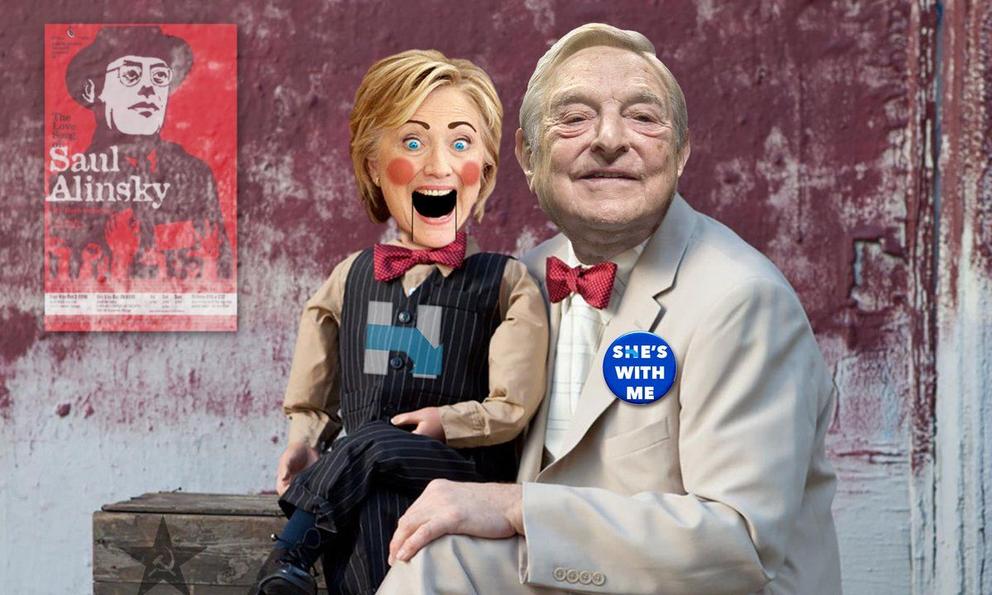 Billionaire “globalist” George Soros is back in the news after it was announced that his organization, The Open Society Policy Center, has spent $10.37 million on lobbying for open borders policies in just the second quarter of 2018 alone.

This amount of expenditures are in efforts to push legislation into Congress, financing both RINO (Republican in name only) GOP politicians and radical liberal Democrats, and it's not even time to fund midterm races yet, which take place in November.

The Open Society Policy Center is a 501c(4) non-profit, which<a href="http://disclosures.house.gov/ld/ldxmlrelease/2018/Q2/300973793.xml"> reported spending the $10.37 million from just the time frame of April 1st until June 30th </a>of 2018, highlighting the efforts of the globalist Soros to make backroom deals while most of America is enjoying their summer vacations and a roaring economy under President Trump.

That's up from the first quarter of 2018, where<a href="http://disclosures.house.gov/ld/ldxmlrelease/2018/Q1/300945958.xml"> Soros spent an estimated $8 million dollars through The Open Society Policy Center </a>during the first months of the year.

<a href="https://www.irs.gov/charities-non-profits/other-non-profits/social-welfare-organizations">The Internal Revenue Services writes of 501(c)(4) groups: </a>

Different from a 501(c)(3), which is supposed to remain free from the promotion of a specific political campaign,<a href="https://opensocietypolicycenter.org"> </a>

The American people have shifted into supporting nationalist policies, with tough immigration laws, which is why they elected Donald Trump to the Presidency in the first place, only to have witnessed even more news of Americans becoming victims of rape, kidnapping, and brutal murders at the hands of illegal aliens in the first two years under President Trump, which further strengthens their commitment to seeing a border wall built and all criminal illegal aliens deported out of America.

Yet George Soros, using his exuberant financial prowess, continues to finance and fund the overwhelming push for open borders, now utilizing lobbyists to pressure Congress into adding Amendments or stipulations inside of legislation in closed-door sessions, such as we're seeing<a href="https://thegoldwater.com/news/32603-Traitor-GOP-Rep-Yoder-R-KS-Pushes-Near-Amnesty-HR392-Amendment-Stealing-American-Jobs"> RINO Representative Kevin Yoder (R-KS) push with HR392</a>, a destructive bill which would grant essential amnesty to over 800,000 total immigrants from India.

Soros, a man who in his own words has alleged he assisted the Nazis of Germany as a child, claims to stand against the Nazis but has left many asking why he supports such genocidal policies.

The fact that groups in many nations, including Hungary, have called for the arrest of George Soros for international crimes against humanity, have forced George Soros’ Open Society Foundations to completely abandon the country, as reported by<a href="https://www.npr.org/sections/thetwo-way/2018/05/15/611204440/george-soros-group-leaves-hungary-citing-hate-campaign"> NPR</a>.

NPR reported in May:

<blockquote>”Citing "an increasingly repressive political and legal environment" in Hungary, the OSF said in a statement that its decision to quit the country comes amid a crackdown on non-governmental organizations launched by Prime Minister Viktor Orbán, who won re-election to his fourth term in a landslide victory last month.”</blockquote>

<a href="https://yournewswire.com/duterte-soros-bounty/">YourNewsWire.com</a> also reported that George Soros was forced to can a humanitarian visit to the Philippines, after Philippine President Duterte said, “There is a bounty on your head in these islands,” showing that many of the world's key trading regions are unafraid of the globalist billionaire or his desire to destroy society from within civilized nations.

Americans have awakened to the existential threat posed by the likes of Soros since the 2016 elections, in ways never before imagined, forcing the billionaire to utilize various entities and non-profits to continue to manifest his desires of open borders.

Under the Obama Regime, Soros had free reign to influence the decisions of the President of the United States of America, and he had hoped to continue that streak by subverting many from within the Trump Administration, but unlike Obama, this President is razor-sharp and focused on ending globalism.

George Soros has reportedly taken issue with the Trump nomination of David B. Cornstein as the United States Ambassador to Hungary, where Soros was born, in an effort to try and regain footing in the nation which now despises his existence.

It also appears that Soros was one of the financiers of trying to attack President Trump during the middle of the tough talk with North Korea, backing three individuals Congressional acts, known as the Preventing Preemptive Action in North Korea Act of 2017, the No Unconstitutional Strike against North Korea Act, the North Korea Nuclear Baseline Act, all of which were proven as wasteful spending since President Trump and Kim Jong Un have met and are now pursuing historic peace negotiations.

However, when DC RINOs and liberal elitists are simultaneously attacking the Trump Administration, you need not look further than connections from those mouthpieces to George Soros, either directly, or through one of his many front organizations that continue to lobby Congress.

The solution to these problems would be for Congress to ban and outlaw lobbying altogether, albeit there is not a soul in DC who would make an effort to see this happen, as most, if not all of our currently incumbent politicians are reaping the rewards from one lobbyist firm or another.

Interests of lobbyists almost never are in-line with the benefit of the American people, who more often than not get pushed onto the back-burner when it comes to pushing legislation that has the financial backing of lobbyists.

During this year's primaries, it's apparent that not enough GOP RINOs were kicked out from the ranks, leaving America stuck with several politicians, such as Yoder and the current Speaker of the House, Paul Ryan, who continue to defy the President and the wishes of the people who elected him.

With the continued support of George Soros, expect additional efforts from the swamp of DC to push variations of Amnesty into legislation, and be sure to research anything introduced from a known RINO or Democrat that has the support of The Open Society Policy Center, or any other Soros entity.

Why are they not seizing his assets? He's wanted by all these countries and has supported terrorist groups like antifa and the government won't seize his assets? WHY? Who's he paying to keep them off his back? Also the Philippines president should have kept his mouth shut!

I was thinking the same thing as the previous commentator. Why would Duterte say shit? I’m surprised that ruthless sob wouldn’t have had a press conference at the airport, and shot the old assface as he got off his flight.