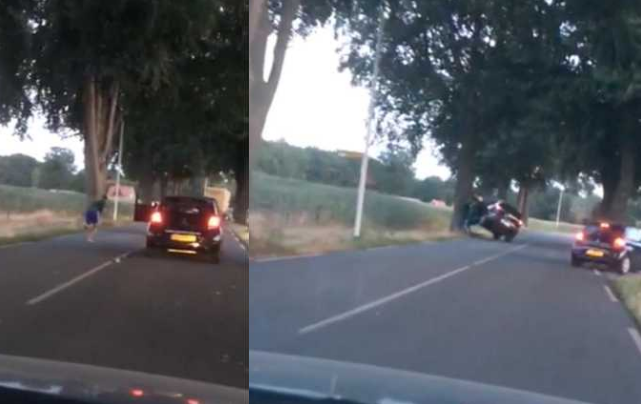 It’s summer, it’s hot, kids are bored and so someone launched a new challenge. Just in case you haven’t heard about the latest fad by now, the 'Keke challenge,' also known as 'Kiki challenge' is sweeping the world. However, accidents tend to happen when you’re supposed to get out of a moving car so in the Netherlands, it ended with a vehicle smashing into a tree whilst a video purportedly from Tunisia shows a girl getting robbed.

Firstly, what is it all about? Well, you are supposed the play the song ‘In My Feelings’ by Canadian rapper Drake (not my style, but ok) whilst driving a car (or being a passenger), get out next to the car as it is still driving, do a little dance, and get back in.

As the song is about someone named Keke or Kiki it is henceforth called the Keke challenge.

Thousands of videos of people doing this challenge have already been posted online in recent weeks and days. In some cases, it's a passenger getting out, in others, it is the driver him or herself. Even celebrities got in on it.

In Holland, however, the danger was spotted when a young man could be seen running after his (father’s) car which then smashes into a tree.

A spokesman for the public prosecutor of the Netherlands, Mr Ernst Koelman, declared the whole thing “completely idiotic” and assured the general public that anyone seen trying to do this would be fined.

Mr Koelman: “this goes much further than an innocent dance, and then also on a public road. The challenge is also punishable under Article 5 of the Road Traffic Act, which states that you are punishable if you endanger yourself or others in traffic. That is obvious in the video."

The Dutch government also regretted that two local DJs of a popular station filmed themselves doing it a few days ago and urged Dutch youngsters to do the same.

After seeing that video, Mr Koelman claimed: "That is really irresponsible behavior."

"Added to that they have an exemplary role as well-known Dutch people. This is not something you should encourage. I cannot imagine a situation where it is not dangerous to step out of a moving car on the public road. If you do this on a circuit it might be different, but this is a public road. And therefore punishable."

What a idiotic thing to do! That idiot got what he deserves, it could have been much worse. What if that car hit a kid instead of a tree? I really can't believe how damn ignorant people can be!

it went from a cinnamon eating challenge and quickly spiraled into eating colorful soap pods and now absent driving! How about the diving with brick boots challenge? Is that next cause it would be a great icing on the cake, and would serve to eliminate the idiots without a trace. Well at least till their feet rotted off and the bloated corpse bobs up to the surface.