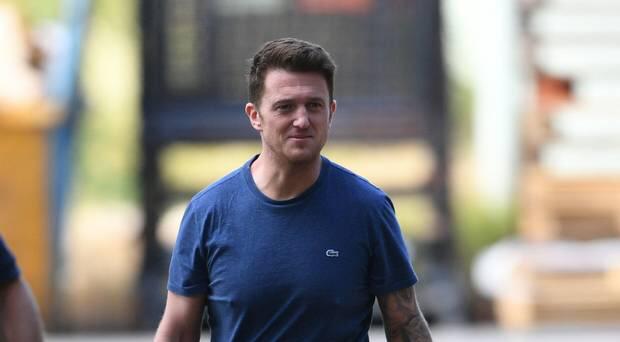 Tommy Robinson has been released from prison by Court of Appeal after winning the challenge.

Must watch Video of Tommy Seeing his children after Release {Video}

Tommy Robinson has been released on bail after winning an appeal against a contempt of court finding.

Lord Chief Justice Lord Burnett along with two other judges in London suppressed a finding of contempt made against Robinson at Leeds Crown Court in May, where he was sentenced to 13 months in jail.

Lord Burnett said the court was allowing his appeal "in respect of the committal for contempt at Leeds Crown Court".

He included: "The appellant is granted bail and the matter of contempt at Leeds Crown Court is remitted to be heard again."

At a hearing earlier in July, his QC Jeremy Dein argued that procedural "deficiencies" had given rise to "prejudice".

Mr. Dein submitted that the sentence was "manifestly excessive" and that "insufficient" regard had been given to personal mitigation.

The court agreed, the judge should not have commenced contempt proceedings that day.

He included: "Where a custodial term of considerable length is being imposed, it should not usually occur so quickly after the conduct which is complained of; a sentence of committal to immediate custody had been pronounced within five hours of the conduct taking place."

Robinson was jailed in May after he filmed outside a criminal trial and broadcast the footage on social media.

The footage was watched 250,000 times within hours of being posted on Facebook.

Robinson was sentenced to 10 months for contempt of court and a further three months for breaching a previously suspended sentence.

Robinson was detained outside Leeds Crown Court after using social media to broadcast the details of a trial. The broadcast was subject to blanket reporting restrictions.

This was the second time Robinson breached court orders after he avoided jail last May over footage he filmed during the trial of four men who were later convicted of gang-raping a teenage girl.

The judge gave him a three-month suspended sentence and told him his punishment was not about "freedom of speech or freedom of the press" but about "justice and ensuring that a trial can be carried out justly and fairly".

Tommy Robinson had been serving a 13-month sentence at Onley Prison, near Rugby

The 35-year-old anti-Islamization activist was at Leeds Crown Court and started a live feed on his Facebook page as a child grooming case continued.

Tommy Robinson was arrested, tried, and sentenced within an hour. He was subject to a suspended sentence for contempt of court in May 2017 after he tried to film four Muslims who were on trial accused of raping a teenage girl.

A gag order had been put in place and media outlets were forced to delete their articles, so no one in the UK was allowed to talk about Tommy Robinson’s arrest.

Footage showed Tommy being led to the back of a police van and he could be heard shouting to a friend: “Please, George, get me a solicitor, I’m on a suspended sentence, you see.”

He said: “I’m being arrested for a breach of the peace. You’ve all watched this. Can you get me a solicitor?”

A police officer told him: “Do I understand what I’ve just told you? You’ve been arrested on suspicion of causing a breach to the peace.”

Another officer asked him to “turn off his live feed”.

Tommy added: “I’m inciting people. How have I incited people? This is free speech; this is where we’re at. You’re not even allowed to."

“This is ridiculous. Lads, do you feel right about what you’re doing here? I haven’t said a word. In fact, someone laid a hand on me and assaulted me outside court. Other people swore at me and threatened me about my mother and here I am being arrested for saying nothing."

The controversy surrounding his arrest sparked an online backlash and thousands took to the streets in protest.

It was understood that the decision was taken after Mr. Robinson was judged to have breached its "hateful conduct" policy. The liberal hypocrisy is unbelievable.

This is what is happening in the US as well. The conservatives have no platform that hasn’t been throttled. If you speak up against the liberal ideology then you are suspended or banned. Liberals are free to threaten the US President and are allowed to do so without consequence. If there is no end to this, the US will not be the country that everyone strives to live in.

Congress must step in and stop this one-sided media platform circus.

Conservatives must take a stand! This is a free country for all Americans, not just the left.

I noticed that Tommy looked to have lost a lot of weight. In the video of his release, he kept pulling up his pants. His face is much thinner. I can’t imagine the hell he must have went through, and all for nothing.

I looked at all of the articles written today about this and every articles’ title describes Tommy in such a way as to negate what happened, but to instead show light on his political ideology.

Some of the article titles are as follows:

Whatever happened to describing someone without a political attribute?

If I had to describe him, “Tommy Robinson, Fighter for the Forgotten People” That sums him up perfectly.