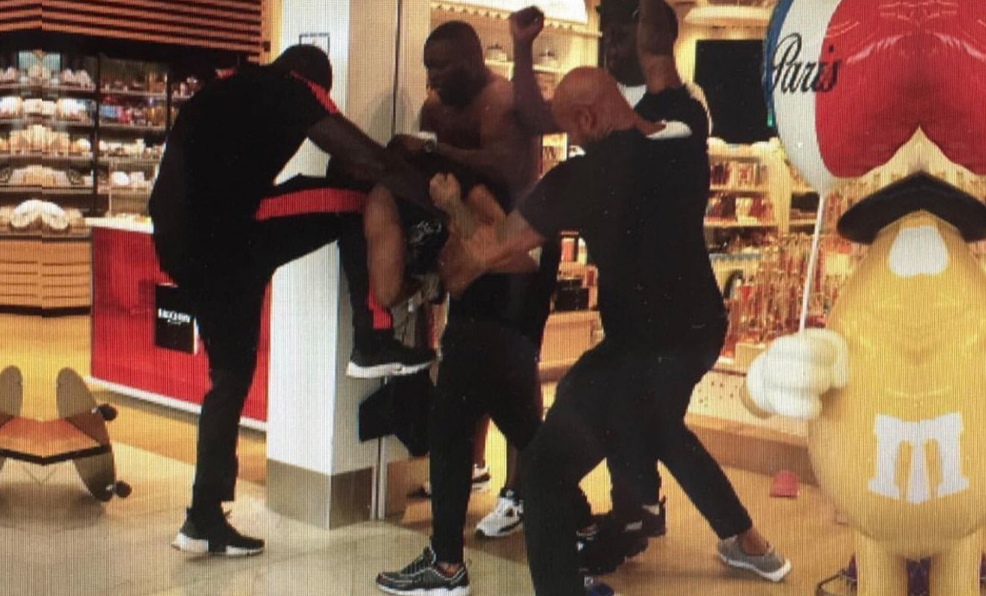 The French are notoriously protective of their language and culture.

Fearing an English ‘cultural invasion’, they have enshrined it in their laws that 35 percent (it used to be 40) of songs played on the radio has to be sung in French, the same goes for movies played at the cinema.

This has led to two separate trends: firstly there are a lot of ‘crappy’ French movies which nobody ever sees but the taxpayer funds, and secondly, French rap is a very big thing as you can’t play old French ballads all the time on the radio, the youth does want something else as well.

And so, just as in the US, France has rivaling ‘rap gangs’ as it is known.

Two of the major stars, known as Booba and Kaaris, who used to be friends but had fallen out against each other in recent years, met at Paris’ Orly airport yesterday.

Booba used to be Kaaris’ mentor but the latter now states that he doesn’t get support anymore and that Booba is simply jealous of his success.

As the two rappers and their ‘homeboys’ were both waiting to board flights at the Parisian airport, one of the gang members saw the other and the ‘age-old’ (pardon the pun) rivalry was enflamed again as tension rose to unsustainable levels.

So much so that groups of fighting rappers could be seen all over the Parisian airport terminal and many were later arrested. Several flights were delayed, the terminal had to shut down for a while and police made 11 arrests.

Anyone French at the airport recorded the altercations, leading to an overflow of video material available for the police and the French evening news opening with the material.

A spokesperson for the Orly airport declared in the evening: "A small number of flights were delayed by 15 to 30 minutes at the time of the fight and the hall was temporarily closed."

Booba, whose real name is Élie Yaffa, is a very successful rap artist, having sold millions of albums, streams, and downloads in France. His greatest hits include DKR, Oklm, Elephant and Paris c’est loin.

First you have to endure their music in shops and then they delay your flight… Tsk, tsk, tsk…