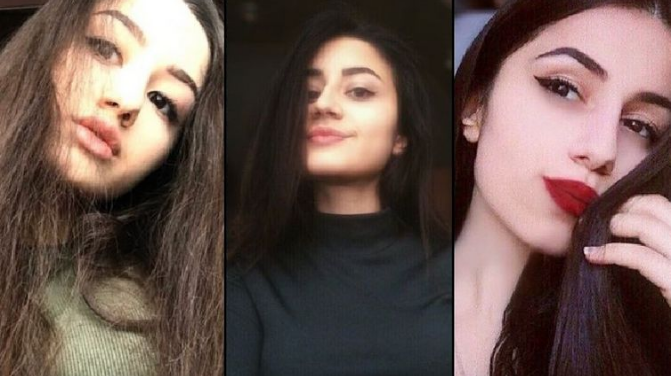 The lifeless body of a known Russian mob boss, Mr Michail Khachaturyan, was found with multiple stab wounds during the weekend. His three teenage daughters (aged 17, 18 and 19 respectively) confessed to the murder but claim that they had been abused by him for years upon end and that they had finally snapped, killing him during a fight.

According to unofficial reports in the Russian media, the girls stabbed their father more than 40 times, whilst also using pepper spray and a hammer.

The body was found in an apartment block in the center of the Russian capital Moscow that belonged to the family. The girls’ version of events states that a discussion proceeded the fatal stabbing. They claimed that their father, who was addicted to heroin, had sexually abused them for years and wanted to do it again that day.

One of the girls refused however and after a tense argument she took a knife and stabbed her father.

After he beat her, the two others helped their sister and also took knives from the kitchen. The whole ordeal is said to have lasted some 15 minutes with Mr Khachaturyan defending himself against his three children. In the end the mob boss ran out of the apartment, bleeding heavily but fell to the ground in front of the elevator.

The former wife (and mother of the three daughters) had left Mr Khachaturyan five years ago. Another son of his, 21 years old, had broken off contact with the man.

Police found 2 kilograms of heroin and several firearms in his car.

All girls have taken different lawyers to defend them.

Mr Yaroslav Pakulin, counsel for Miss Maria Khachaturyan said: "Today we also asked to elect a house arrest. All prerequisites for this were available. All legislative requirements have been fulfilled. Maria is from Moscow. She is registered in Moscow. She has a residence. But the court did not consider the possibility of placing her under house arrest, even in an apartment in which she and her sister were registered. I think it was Kristina who was also registered.”

“The judge was guided by the fact that her mother for a long time had no opportunity to participate in the upbringing and maintenance of the daughters. She explained this by saying that there were certain obstacles on the part of the late father. And the court was not satisfied with these explanations and refused to place [the daughters] under house arrest."

Meanwhile, Mr Temerlan Zhilin, counsel for Miss Angelina Khachaturyan declared that the " case is not about murder, it's about domestic violence. The girls only decided to do this because they believed that they had no other choice. And they were convinced of it by their own father."

Mr Ivan Melnikov, claimed on behalf of the Russian Executive Secretary of the Public Monitoring Commission that: "for the moment, the girls will be taken to remand centre number six, where they will be held for the near future, before there is either a change in the measure of restraint, or until the next extension of the verdict."