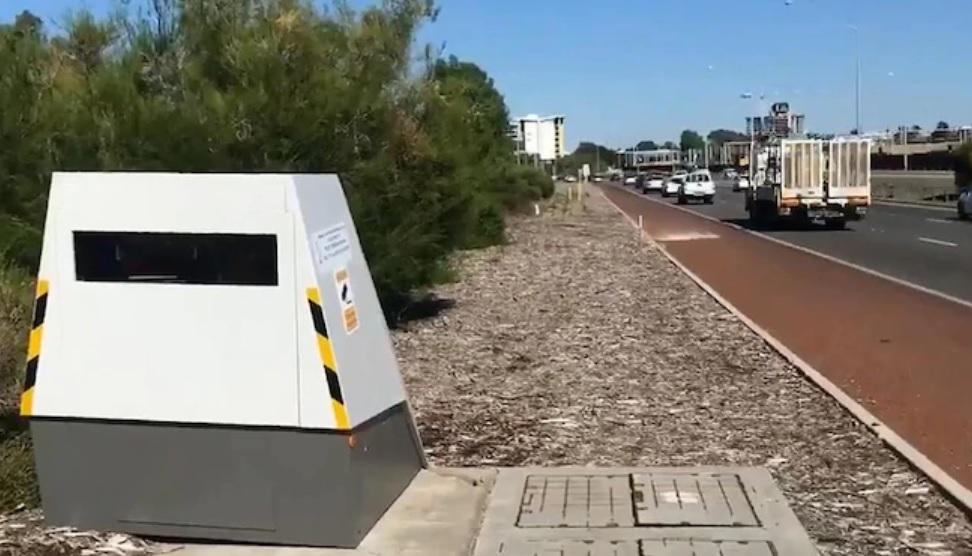 WA police in Australia have the latest technology to fight speeders and it goes by the name of ALICE. The trial of the new tank-like speed-fighting robot was so successful by catching over 11,000 speeders that WA plans to roll them out across the state. The bizarre speed-fighting robot is actually a trailer system that's name means "Autonomous Lidar Concept for Enforcement" or ALICE for short.

The autonomous speed camera robot is equipped with vandal-proof security technology with a speed camera inside. About 90% of speeders caught by ALICE resulted in a fine, making it an effective tool for the state. Proponents of the new technology touted ALICE's strengths such as being able to run continuously for 24 hours a day for up to five days at a time.

The high-tech speed camera can provide much-needed coverage to accident-prone areas and will hopefully serve as a deterrent for speeders. ALICE can cover up to four lanes of traffic in both directions making it highly effective at observing an area. WA police say, "As a result of the success of this trial, this trailer will continue to be utilized with a view of the trial being extended to the outer metropolitan area as well as regional WA and may include more trailers in the future."

"This trailer is operated and monitored by camera operators from the WA Police Force and has a number of security features to deal with vandalism and damage attempts."

WA police officials declined to comment on how much revenue ALICE generated during its trials but the cost of the most basic model is known to be around $157,000. When ALICE has been parked in place, the trailer's main wheels retract and anchor the tank-like traffic bot to the ground. If anyone tries to tamper with ALICE an alarm will be activated.

ALICE differs from previous trials of point-to-point speed cameras because unlike its predecessor cameras which did not result in any fines, speeders caught by ALICE will be cited with infractions and a fine. ALICE is armor plated and developed by German company Vitronic.

he is my shepard