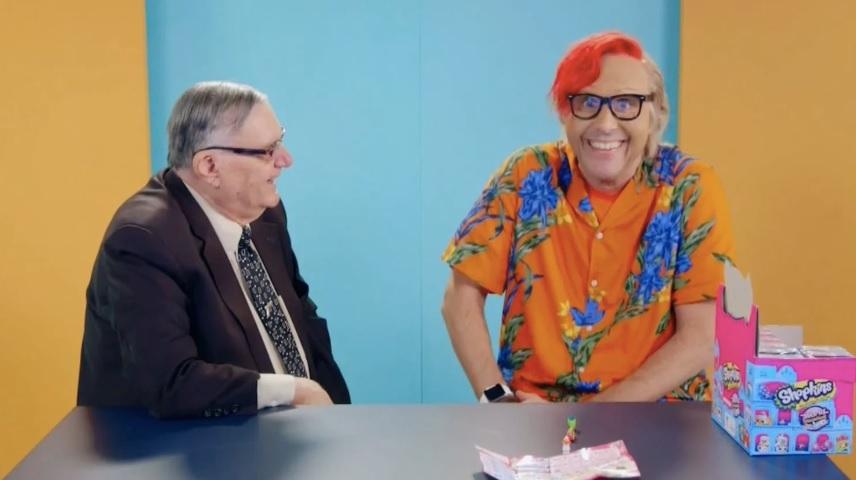 After a disappointing premiere episode of comedian Sacha Baron Cohen's new show "Who Is America", a much more entertaining episode aired this Sunday. The new episode of "Who Is America?" featured a brand new character of Sacha's and "America's Toughest Sheriff" Joe Arpaio.

Related coverage: <a href="https://thegoldwater.com/news/31616-Worse-Than-Bruno-Sacha-Baron-Cohen-s-Steady-Decline-Continues-With-Who-Is-America">Worse Than Bruno? Sacha Baron Cohen's Steady Decline Continues With "Who Is America?"</a>

Arpaio became known for his tough stance on crime and allowing prisoners to work in outdoors camps while serving sentences. He was recently pardoned by President Trump for illegally detaining Latinos in Arizona. The former Arizona sheriff appeared on Sacha Baron Cohen's second episode of "Who Is America?" this Sunday and was his usual self, unflinching and straight to the point.

Sacha played a brand new character who is a Finnish "unboxing" celebrity named OMGWhizzBoyOMG sporting bright orange hair. His first question to Arpaio was asking him to explain "what Communists are doing to stop people from having guns." While Sacha held up a tiny Shopkins donut toy Arpaio responded, "Bad guys are going to get their guns!"

Sacha replied, "I have 43 guns. I've been collecting them for the upcoming race war." Arpaio didn't seem to flinch at the response but was soon asked what Donald Trump is like. The former sheriff called him a "great man" and said he has "a lot of money, but he doesn’t act that he’s rich." Sacha eventually asks Arpaio about his first "hand job" adding, "If Donald Trump calls you up after this and says, ‘Sheriff Joe, I want to offer you an amazing blow job,’ would you say yes?"

The former sheriff calmly replied, "I may have to say yes."

When later asked about his experience with the comedian, Arpaio said, "I felt uncomfortable with some of the words they were using but I had to live through it. I am not the type of guy who gets up and walks out. I never walked out in thousands of interviews. I just take it. I was kind of shocked. But I figured this is Finland and this is a famous comedian."

What a trooper to play along.. that's the game. Joe is all business when it comes to protecting citizens of ARIZONA. The DEMOCRATIC FEDs had no business butting into AZ Policy. We need to protect our borders and RANCHERS; and, be prepared for the outrageous Democracy's SPIN

What the hell is wrong with this world when a total freak asking evil disgusting questions is suppose to be funny? A thing like that wouldn't last 2 minutes in my town in Arizona!

Good to know that the degenerate kike can do research in youtube celebrity culture and 4chan.

Go and fuck your donkeys.

Dear Chuck, welcome to a place where you can freely express yourself. Please show me where I can do that on the MSM without getting banned.