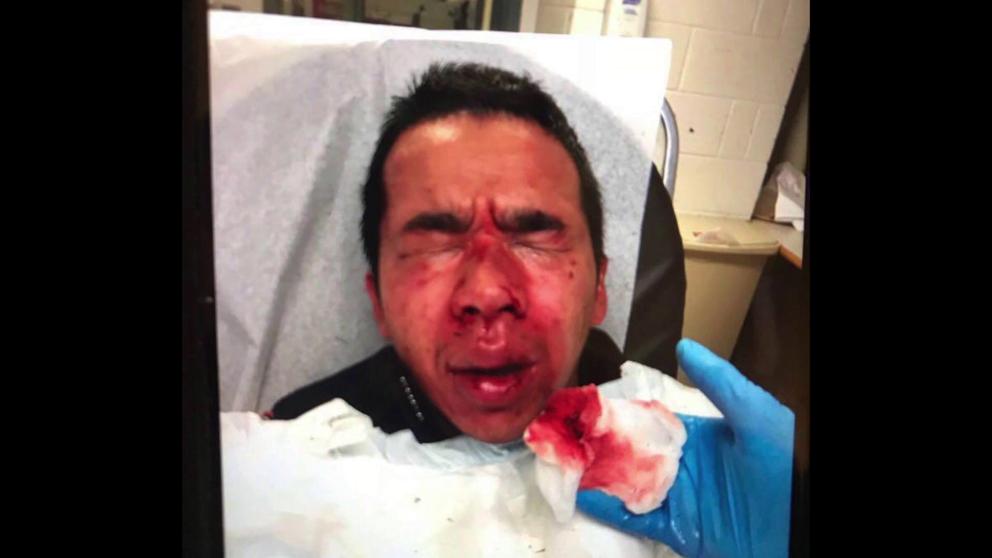 An inmate turned violent and attacked a correction officer. The disturbing incident was caught on video where the poor jail officer was left unconscious from the horrific beating.

The incident took place at the Brooklyn Detention Complex about 1:40 p.m. Tuesday. Law enforcement sources confirmed it as well as the authenticity of the video showing the entire encounter.

Video of the Tuesday attack shows how the correction officer was badly beaten by an inmate who had been arrested on murder charges. The disturbing surveillance video shows the concerned correction officer closing a gate within a stairwell, when all of a sudden, an inmate runs up the staircase, opens the gate and at first appears to merely be confronting the officer caught off guard.

Two more inmates then also enter the gated area and corner the officer, before leaving. After a few moments, the officer appears to regain some composure and pepper sprays esteemed inmate Pariis Tillery. The animal then punches the officer repeatedly in the face until he falls to the floor.

Police sources confirmed that the correction officer was left unconscious from the beating, with a broken nose and jaw.

On Wednesday, a second correction officer was attacked by five Blood gang members. Additional information on the incident, including the officer's condition, and which jail the assault happened at, were not yet available.

Husamudeen said that the incident marks the third assault on one of their correction officers in less than two weeks. He also confirmed that the officer is being treated in the hospital for his injuries.

The statement dared to ask de Blasio and Brann: “What are you doing to stop these emboldened inmates who are assaulting Correction Officers nearly every week? What do you have to say to this officer and to his family who is suffering because of your failed policies? This officer needs more than just a phone call from you!”

put THE SAVAGES on death row!

"super predators" is a racial slur for niggers invented by Hillary Clinton. it is, in fact, the only female invention

This is a JAIL, not a prison, and jail guards are NOT 'corrections officers'. Corrections is a term reserved for prisons. Plus, the wimpy guard sprayed the guy with mace, so of course he got his ass kicked. Fuck him.