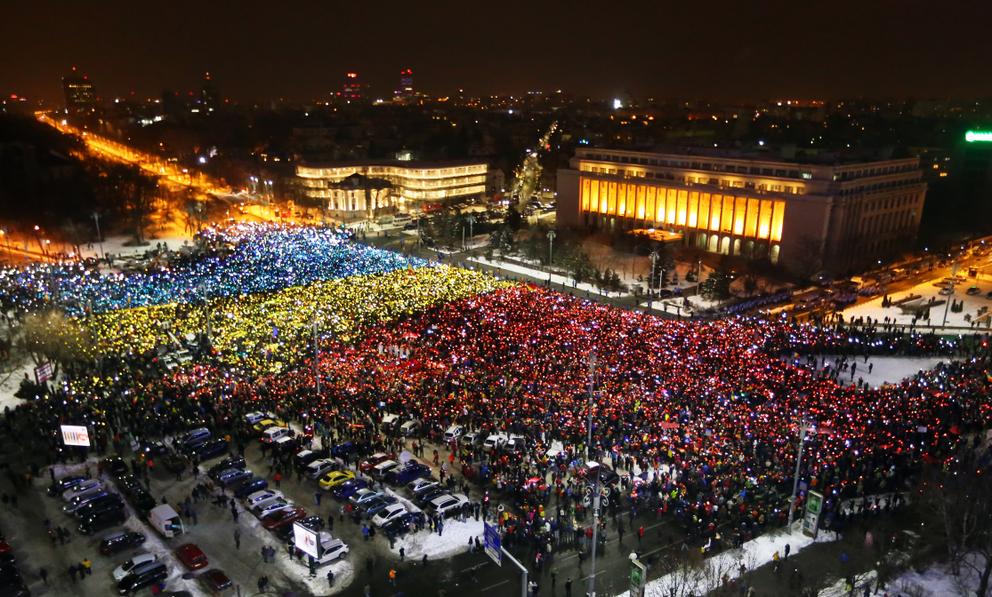 Whenever Europeans hear Mr Bernie Sanders or now even Ms Alexandria Ocasio-Cortez praise the socialist ideals as the Democratic party’s future, they are sure to be reminded of how ugly those plans turned out, glaring at the now yearly returning phenomenon of the protesting Romanians, who hope to finally rid themselves of the corrupt class of socialist politicians.

Romania, an EU-member of some 20 million, is surely taking steps forward ever since its ascension into the economic bloc, but the trickling down of EU support funds still has to pass more hands than any middle African nation and thus not much reaches the people who need it the most.

The reason for this lies in the bloody revolution of 1989. Unlike neighbouring Bulgaria, Poland or the Czech Republic, Romania’s revolution was not a three or six-month movement which replaced a total class of gatekeepers.

The revolution from Communism to Capitalism that Romania experienced lasted only 3 days and was very bloody.

The so-called dictator for life, the ‘genius of the Carpathians’ Mr Nicolae Ceausescu, decided to quell the unrest over the shooting of innocent people on the steps of Timisoara cathedral with a long dreary speech in front of adoring crowds in the capital Bucharest.

His surprise upon hearing for the very first time his were people not cheering him on still makes for legendary TV. A crony whisks the Ceausescu couple away and they flee the capital in helicopter.

The army captures them, trials them, and, very bloodily, shoots them in front of a firing squad armed with automatic weapons, all on live TV in the course of 48 hours.

The problem for Romanians today was that this modus operandi left the political class of Ceausescu loyalists still in place, simply taking on a new name. Instead of calling themselves Communists, they now are called Socialists and thanks to a strict control of the country’s media, have remained in power for the next twenty years.

The 3.5 million Romanians that work all over Europe, called the ‘Diaspora’, and send funds home to their impoverished families experience what life could be like in the Carpathians as they experience democratically developed economies like Germany, France or the low countries. And thus, whenever they return for vacation during the summer of Christmas breaks, they organize protests via social media and for a few days or weeks, large crowds gather in Bucharest to demand an end to corruption.

At the end of the summer, the Diaspora will return to work and Romania will return to corrupt socialist rule. All that changed in 20 years time is the origin of the funding that makes the wheels go round. It used to be Moscow that send the funds, now its Brussels.

There but for the grace of God goes America. VOTE STRAIGHT RED TICKET IF YOU LOVE LIBERTY!!

Socialism is a lie. A mask of fantasia with the face of death underneath. A trap to cull and control the masses. PLEASE GOD… RED WAVE!!!

Please Jesus, revival in your name across America and across the world. Christ is the way, the truth, and the life.

Dems and establishment politicians >>> 2 Peter 2:19 - While they promise them liberty, they themselves are the servants of corruption: for of whom a man is overcome, of the same is he brought in bondage.

Isaiah 63:4 - For the day of vengeance [is] in mine heart, and the year of my redeemed is come.