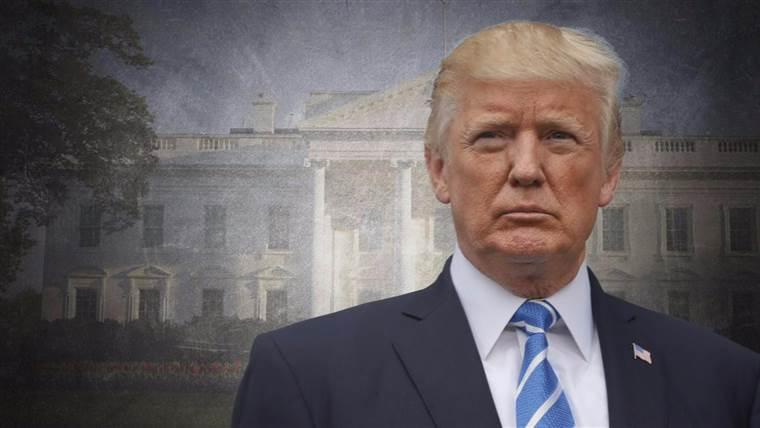 A major operation by the Department of Homeland Security in unison with the Immigration and Customs Enforcement agency has brought countless criminal enterprises to an end, leading to the indictments of 17 US business owners and the arrests of over 133 federal criminal illegal aliens.

Those raids took place last week throughout Nebraska and Minnesota and were said to be one of the most coordinated and well-planned operations that Immigration and Customs Enforcement agency has ever sought to accomplish.

Amidst the raids throughout the region, in which focused heavily on the town of O’Neill, Nebraska, a small city with the population of 3000 just 160 miles northwest of the much larger Omaha, at least 14 business owners were immediately taken into custody on charges of money laundering, fraud, and wire fraud, with three others eluding authorities as of the time of this writing.

The 133 illegal aliens were employees of those businesses, who were engaged in a major criminal enterprise at the order of the owners, but as per what type of operation they were running we've yet to have the Department of Justice announce the specifics.

ICE will ship all 133 of those illegal aliens arrested into Grand Island, Nebraska, to be questioned and processed prior to their deportation hearings. If any of those are found to have been previously deported, they could also face federal charges of illegal re-entry, which carries up to 20 years imprisonment.

Homeland Security Investigations Special Agent Tracy Cormier described the operation as “one of the largest in American History, and the largest in the fifteen-year history of Homeland Security Investigations,” according to the<a href="https://www.apnews.com/f2332b8cec5a4fb69ac82ef5e53e0331/Immigration-raids-in-Nebraska,-Minnesota-target-businesses"> Associated Press</a>.

The stunning shakedown is one that's receiving praise from loggers, ironworkers, industrial employees, and other skilled trade workers in the Nebraska region, who have struggled to keep jobs competing with crews of illegal aliens in recent years, working for far less pay than Americans while simultaneously avoiding paying federal taxes to the United States of America's government.

The American worker is coming first under President Trump, who refuses to surrender this nation, or its people, to the false song of globalism, just as he promised on the campaign trail in 2016.

Typically, immigration raids simply round up and arrest illegal aliens, but the most recent crackdown is also bringing down with it the owners and operators of businesses that hire illegals, in order to send a firm and tough message to all others: do not hire illegal aliens.

“The businesses engaged in a scheme that used fraudulent names and Social Security numbers to employ people in the country illegally. The businesses used ‘force, fraud, coercion, a threat of arrest and/or deportation’ to exploit the workers,” Cormier said. “The business that hired out the immigrants also forced the workers to cash their paychecks with that business for an exorbitant fee, and withheld taxes from workers’ pay without paying those taxes to the government.”

“It kind of reminds us of the revival of the old ‘company store’ policy, where it used to keep the coal miners indebted to the company for all kinds of services, like check cashing,” Special Agent Cormier said.

This brilliant assault on those who would suck away the livelihoods of American families is one that is much needed, in numerous states to further benefit the people <i>of our country</i> and showcase that the time for doing nothing is over, and the open borders of Barack Obama are simply no more.

Since January, the Trump Administration has ordered ICE and DHS to audit at least 5,300 businesses nationwide suspected of hiring illegal aliens over Americans, in which at least 100 7-Eleven franchises in 17 states were found to be in violation of federal immigration laws by employing illegals.

Several dozen illegal aliens were arrested inside of a meatpacking plant in rural Tennessee back in April, followed by ICE Agents going into an Ohio Gardening plant in June and taking down more than 100 illegal aliens as part of a landscaping company scheme to avoid paying taxes.

On Wednesday, federal investigators issued warrants to the Elkhorn River Farms, a hydroponic tomato grower known as O’Neill Ventures, a La Herradura restaurant, and a grocery store El Mercadito, all of which were in O’Neill, as part of the continued crackdowns.

A private ranch outside O’Neill also was searched, in which ICE continues to ensure that those putting illegal aliens before Americans will be brought to justice, regardless of their affiliation or industry, because every job taken from an American is one less family in our country without food at the dinner table.

In coordination with the other raids, the pork producing giant Christensen Farms was also served with search warrants at their headquarters in Sleepy Eye, Minnesota, along with its truck wash facility in Appleton, Minnesota, and a producer plant in Atkinson, Nebraska. Spokeswoman Amber Portner said the company was cooperating with ICE agents, but couldn't confirm if any arrests had occurred.

In closing, additional businesses were raided in Stromsburg, Ainsworth, Bartlett, and Royal, all in Nebraska; further underscoring the absolute desire of the Immigration and Customs Enforcement agency and Department of Homeland Security to keep Americans safe, and ensure prosperity for our people before placing the interests of foreign-born criminal aliens before our nation's children.

ICE reminds us that they are always seeking additional tips or resources to help locate and track those who are employing illegal aliens or have knowledge of where they're being employed.

Nonwhite garbage has to go back! MAGA!

Round em up! The only issue is the 20 years room & board for repeaters. Has to be a cheaper alternative for US tax payers?

I support you Ice. We support you and thank you for giving jobs back to the American people where they belong. We are tired of footing the bill for illegal immigrants. The cost to feed them and give them free healthcare is enormous. American Citizens are breaking their backs and paying too much for healthcare. Thank you.

Have they checked the Liberal Leadership Servants status yet?

I wonder who has foreign servants in congress and what they pay them.

Whats the salary of a Chinese Chauffeur Spy or is there a Chinese Subsidy.☺

They are not American citizens, they don't have a right to a trial, and certainly not at our expense. Put them on a plane, and take them back to wherever it is they came from.

I think it’s a lie they were migrant workers and the employers were farmers, the right is an ignorant uneducated machine that keeps on giving false information, I want to see the people that commented positively on ICE go hungry when they can’t afford to feed their family

These traitors that are trying to get rid of ICE should be deported with the illegals they love so much!

Love it. Love my president

I love all the President is and does !

I am so very Proud of Him !