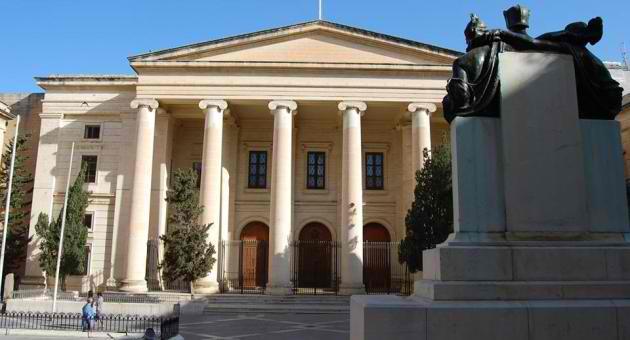 One of his victims even told her mother not to look back because “’there is an old man with his penis out.” The child’s statement prompted the parent to alert the supermarket management who quickly moved to hold the suspect until the police responded to the scene.

The following day, the two girls accompanied by their parents, went to the police to formally report the incident. The girls said that they had been standing at the cheese counter when the man exposed his penis to them. When their parents looked his way, the pervert quickly covered himself up with a bag.

It also appeared that the ex-porn star targeted the girls to expose himself to as he followed them around the supermarket for some minutes, exposing himself to the girls every chance he gets or whenever they happened to look his way.

Prosecuting Inspector Roxanne Tabone said the suspect admitted to police that he “had felt the need to show himself.” When asked why he exposed himself to children, but not to the parents, Karanovic answered that he “cannot explain it.” When pressed, he later admitted that it’s the children’s vulnerability and defenselessness that lured him to do it to them. The pervert admitted: “Children don’t threaten or shout, they don’t do any harm. They just laugh or look in disgust.”

In order to complete the investigation, the police went to search Karanoviç’s apartment in Rabat where they found the extent of his depravation as they saw a considerable store of pornographic material of all kinds, including images and videos involving children, even newborns.

The pedophile was arraigned on Monday over charges of defilement, the production, acquisition or circulation of indecent material involving minors as well as for being naked or indecently dressed in public.

A request for bail was turned down after another prosecutor, Inspector Shaun Ferriggi explained that the pedophile had no fixed ties in Malta and had changed address several times. His case will be adjourned in September.

The identities of the children were not released to protect their security and privacy.