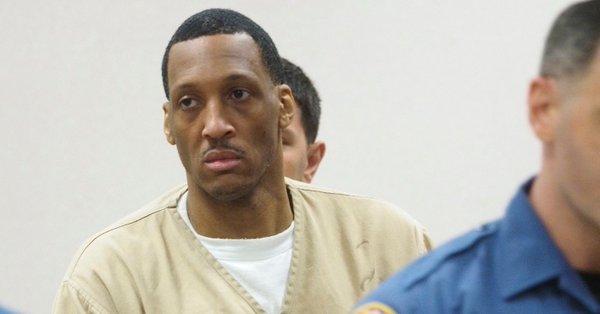 One lifetime is not enough for a vile, sick man to pay for his horrendous crimes.

The man convicted of targeting couples at New Jersey hotels and horrifically forcing them to have sex at gunpoint before robbing them of money and valuables has been sentenced to 148 years in state prison.

The judge said Rasheed Powell deserve the steep punishment for his dastardly crimes and firmly told him, “your reign of terror ends here.”

Powell, 43 years old from Elizabeth, was convicted in March on 60 counts for his sick crimes, including aggravated sexual assault and robbery charges.

According to prosecutors, Powell committed his horrendous acts during a two-month period in 2012 at motels in Linden and Elizabeth.

Powell’s tactic then was to stalk couples as they entered their motel rooms, then catching them off guard and forcing his way inside. Once inside and armed, he made poor couples perform sexual acts on each other before him as “audience” in a sick sense. His viciousness didn’t end there. After watching their “performance”, he next locked the men up in the bathroom and sexually assaulted the women.

Thanks to the authorities’ use of DNA, Powell was identified as the vile and sick suspect.

Now, justice is at hand for all those he victimized as he will surely rot in jail.

Their Ideology DOES NOT meld with OUR WESTERNIZED Ideology….NEVER will…

…and now we all know how this will play out.

He will be the subject of group observation in General Population

“Rasheed” let that name and the diversity associated with it sink in. Enjoy the cultural enrichment…

Those commenting that women love to be raped is just as sick as this vile man. Why don't you all join him in jail- and rot with him! Or join him in hell and burn you all!

The 19th century called. They want their adjective back.

Its how they do

Just another maggot readied for the pits of eternal hell fire. Life in prison will be a picnic compared to tomorrow. ROT ON MAGGOT!!!

WHAT WAS WRONG WITH THE ELECTRIC CHAIR??