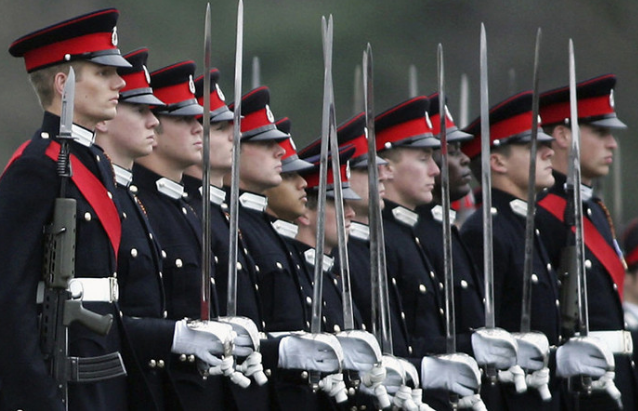 Waterboarding, the CIA originated interrogation technique used on terrorist suspects in the wake of the September 11 attacks on the US is back in the news, however this time it has popped up in a British royal military academy of the highest standing.

Sandhurst, the royal academy founded in 1947 whose aim is "the national centre of excellence for leadership" was attended by both Prince William and Prince Harry. It is the school where all officers in the British Army are trained, comparable to West Point in the US.

It is today the centre of a scandal as military police have admittedly launched an investigation into claims that two officer cadets "waterboarded" a fellow recruit.

The probe which was made public today refers to an incident on 7 August and was ordered by Brigadier Bill Wright, commander of the Berkshire military college.

Mr Wright: "I am aware of allegations about an incident at the Royal Military Academy Sandhurst on August 7 involving some of our officer cadets.”

"I have ordered an investigation by the Royal Military Police. The Army and I expect the highest standards of behaviour at Sandhurst; anyone found to have fallen short is dealt with robustly, including dismissal, if appropriate."

The three cadets involved have been placed on leave and moved into different platoons as the investigation carries on.

Colonel Richard Kemp, the former Commander of the British Forces in Afghanistan, commented: “Sandhurst rightly boasts an unparalleled reputation for producing the finest Army officers in the world. It does so because of the emphasis it places not just on bravery in the face of the enemy, but moral courage to do the right thing.”

“Sandhurst doesn’t breed soldiers, it breeds leaders. That is why allegations of bullying, especially bullying involving waterboarding, will be so shocking to those running Sandhurst today. This behaviour must never be tolerated, and I’m certain the Army will take the firmest action if these sickening allegations prove true.”