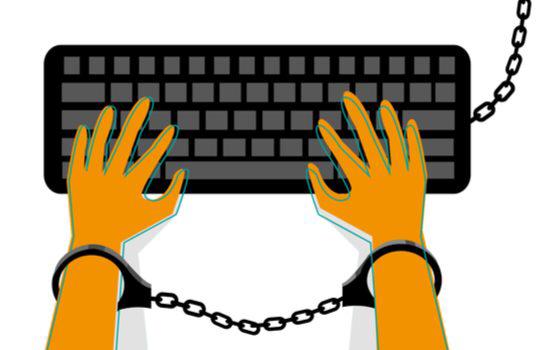 A California judge ruled that Twitter’s policy of banning users “at any time, for any reason or for no reason” may constitute an “unconscionable contract”. The judge ruled that a lawsuit against the company brought by Jared Taylor, self-described “white advocate”, may proceed on that basis.

Twitter’s motion to dismiss the lawsuit from Taylor, who was banned by the platform in December last year, was rejected by the judge.

Twitter’s argument was that it has a first amendment right to ban whoever it likes from its platform, for whatever reason. That argument was rejected by the judge, ruling that Twitter’s policy of suspending accounts, in the judge’s words, “at any time, for any reason or for no reason” may be unconscionable and that the company calling itself a platform devoted to free speech may be misleading and therefore fraudulent.

“This ruling has massive implications for the platform going forward,” said Noah Peters, Jared Taylor’s lawyer. “this is the first time that a social media company’s argument that it can censor user speech has been rejected by a court.”

Taylor describes himself as a “race realist” and claims that races are “not equal”, but his attorney says this trial is not about Taylor’s particular views.

“Our lawsuit is not about whether Taylor is right or wrong,” Peters said. “It’s about whether Twitter and other technology companies have the right to ban individuals from using their services based on their perceived viewpoints and affiliations.”

Twitter says it’s not engaged in political censorship but it’s clearly run by Liberal donors and activists. It says its algorithms for policing “healthy conversations” aren’t politically motivated, it’s clear that their effect is the censorship of conservatives.

In addition, Peter Strzok was just fired as FBI Director.

“Strzok was under oath before Congress and he made statements that appeared to be false and refused to answer some questions, but he was going to get just a slap on the wrist,” said a former supervisory special agent from OPR adjudication, who spoke on condition of anonymity due to the nature of their work. “There is absolutely no wiggle room when it comes to lack of candor in the FBI…unless you’re an SES (Senior Executive Service).

Strzok’s firing went well beyond texting about Trump. Strzok would have also been involved in the handling of the FISA (Foreign Intelligence Surveillance Act) application to the FISC (Foreign Intelligence Surveillance Court)…” The agent noted that Strzok was “well aware that he was lying by deception when they did not include the information on who paid for the dossier and (that) Bruce Ohr was back-channeling information for a discredited source.”

Yet, this man gets his twitter account verified within a day of setting it up and sending out a “go fund me” tweet. Twitter claims verification of accounts is on hold. Why is it on hold for conservatives but I see it being set up for Liberals? I have asked for a verified account numerous times with no response. This is liberal bias.

where do I sign up to sue Twitter, that has banned me 3 times for nothing more than turning the words of democrats around on them, using their words, no doubt!!!!

Class Actions on All social media….

I Have Been Several Times For Say Things About Islamic Savages Wanting World Rule, And What Should Be Done About Them! Look At The UK! They Have Been Taken Over By Jihadists

I'm on board for that CLASS ACTION

Who is running it?

Another excellent article, Lexy! I want to sign up too! To have a judge verify what we knew was happening is great!

Dorsey is a narcissist who also happens to be a moron. I can't wait to see this chump get his comeuppance to the real world.

If you want to verify Twitter's bias against conservatives, all you need do is run a test on NORMAL users with the shadowban test site. I'm specifying normal users because people with blue check marks (famous or high-profile people) seem to be exempt. Twitter doesn't target high-profile journalists and politicians because of bad publicity, so they focus mainly on ordinary users. For instance, myself and most of my followers are Trump supporters. I have been shadowbanned (QFD) for months. I recently ran a test on the first 40 names on my list of followers and 37/40 are QFD banned or thread banned. (Quality Filter Discrimination is a type of shadowban). This is an incredible percentage. Just pick out any avid Trump supporter and start checking their followers. You'll find at least 80% (or more) are shadowbanned. Then check the followers of a liberal. I've yet to find A SINGLE LIBERAL who is shadowbanned. There is clearly discrimination going on, and the media is not reporting how widespread it is.

I wouldn't be on Twitter if it wasnt for I want to MAKE SURE President Trump becomes President in 2020. I downloaded my facebook and am perm deleting it

Just a note that Perer Sztrok was not FBI Director he was second in command i believe as a counter intelligence agent under Bill Priestep…not to say he shouldnt have been fired but wanted to note that. He was heavily involved in the Hillary inv. and also the Phony Trump Russia scandal and is what i consider to be a scumbag.

Twitter banned me my first day and first post for explaining to a Democrat that his is the party of segregation and Jim Crow laws after the Civil War. I was not mean or disrespectful. Facts got me 12 hours in Twitter Jail.

Twitter has limited my profile because I bashed a lot of liberal trolls, especially the ones that made death threats to many Conservatives. I gave them trolls a taste of their own medicine, and now Twitter is being a real pain in the arse. I want Jack to suffer the consequences, for all the crap that he's pulled

David Lee Roth once said the critics like Elvis Costello because they look like Elvis Costello. This was to explain why Van Halen was a topselling act but was being lambasted in favor of Costello at the time. Tech geeks are the same kinds. Costello was a computer programmer as well. Geeks hate jocks. Conservatives are jocks , tech nerds are just that. And leftists are part of that camp, just without a useful skill set.